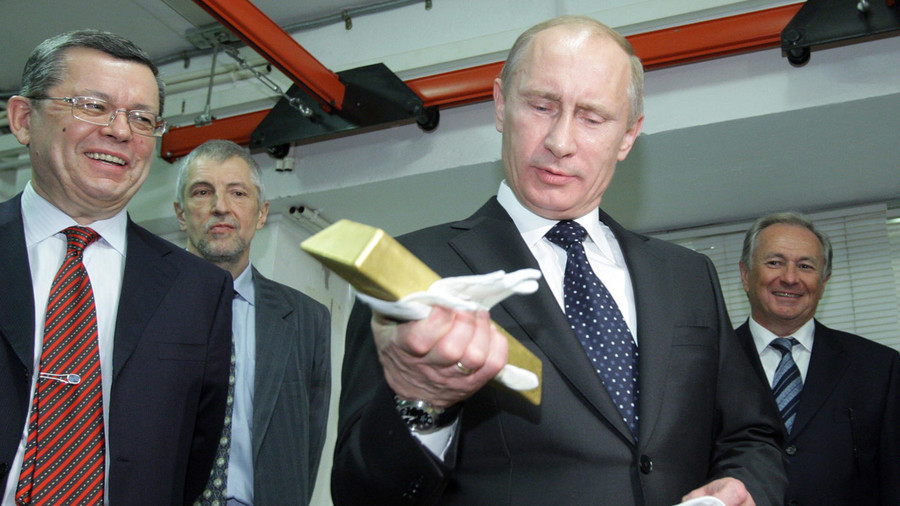 The gold accumulated by China and Russia could be seen as part of a strategy to move away from international trade denominated in US dollars, according to Singapore’s BullionStar precious metals expert Ronan Manly.

Manly exclusively told RT that there is a shift occurring regarding the two countries building up their gold reserves, to perhaps returning to gold-backed currencies in the future and a move away from the global dominance of the US dollar, which is no longer supported by gold.

“China and Russia have both been aggressively accumulating their official gold reserves over the last 10 – 15 years,” he said, adding that only a decade ago each of them held around or less than 400 tons. “But now both these nations hold a combined 3670 tons of gold.”

“Interestingly, both Russia and China publicize and promote their accumulations of gold and publicly refer to gold as a strategic monetary asset. They make no secret of this. But on the flipside, the US does the opposite, and constantly downplays the strategic role of gold.”

According to Manly, for Russia and China gold is the only strategic monetary asset that could provide independence from the US dollar.

Manly said the sides could conceivably be holding a lot more gold than they declare in their official reserves due to many channels through which they could buy the precious metal.

“If China and Russia combined showed that they held more gold on a combined basis than the US, this would, even symbolically, be a blow to the US dollar and to the position of the US in the global economy,” the expert concluded.