Home » Manchet 2 » Iran ready to have social media back on track, ponders clemency for rioters as protests subside 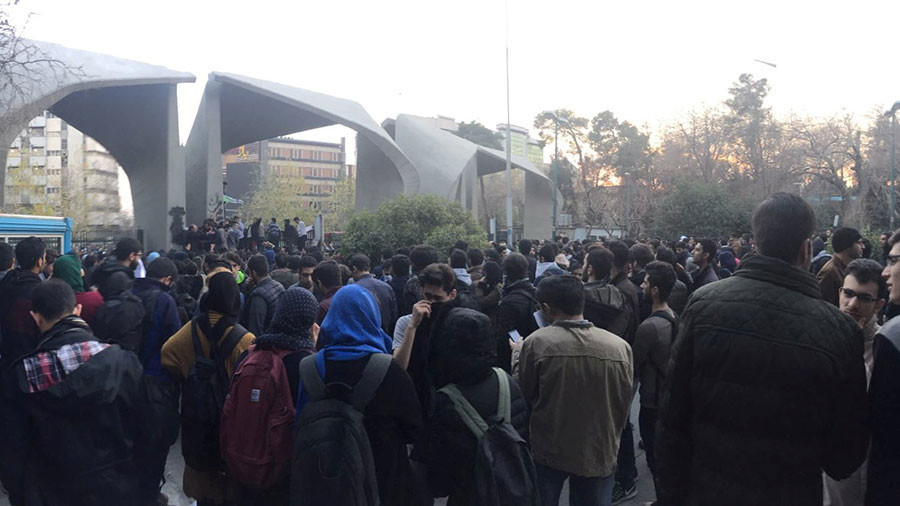 Iran ready to have social media back on track, ponders clemency for rioters as protests subside

Iranian government officials have called for clemency for those arrested over the wave of protests that gripped the country for over a week, and said the ban of social media used by the protesters should be soon reversed.

The mass protests, which erupted in Iran on December 28, seem to be subsiding. According to Iranian officials, 22 people were killed and 1,000 were arrested during the wave of public anger, which was the biggest since the 2009 protest over the results of a presidential election. One person has reportedly died in police custody, with officials reporting it as an apparent suicide.

President Hassan Rouhani reiterated on Monday that people should have the right to criticize the government, but warned that such public movements can be hijacked by enemies of Iran.

“A gathering and protest may be exploited by certain sides. This is natural and happens all over the world,” he said as cited by Iran’s Press TV. He singled out the US for the efforts of President Donald Trump’s administration to fan up the protests in Iran, noting that Washington failed to do so. The UN Security Council meeting called by the US to discuss the protests in Iran “destroyed US reputation” he said.

In an unusual jab to his hardline opponents, he remarked that the protests, which started over economic hardships, soon grew to include demands for political and social change in the country. He stressed that all Iranian officials should be open to public criticism, with no exceptions.

The protests, which started in Iran’s second-largest city, Mashhad, quickly spread to around 80 cities and towns. Some protesters called for the resignation of Iran’s Supreme Leader, Ali Khamenei, a powerful conservative cleric who has been openly critical of the president’s policy of rapprochement with the West.

Rouhani has also called for the lifting of a ban on some social media, which was imposed by the authorities to make it harder for the protesters to coordinate their action across the country. He said access to social media is important for daily life and business operations, and should be returned to normal in a matter of days. Instagram was fully accessible on Monday, according to Reuters, but restrictions remained in place for messenger app Telegram.