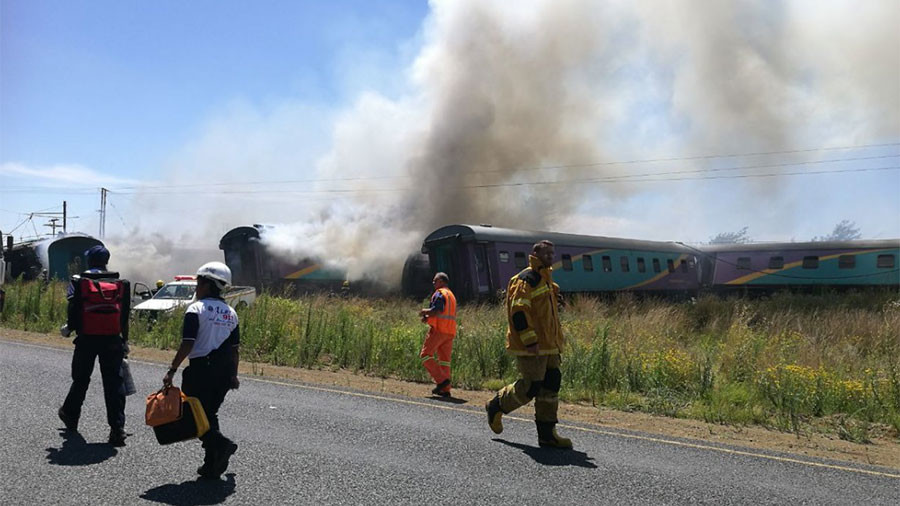 Fourteen people have been killed and scores injured in a collision involving a train in South Africa’s Free State province, according to a train service official cited by Reuters.

Emergency services posted details of the accident on Twitter, stating that initial reports indicated at least 100 had been injured. The incident occurred between the towns of Hennenman and Kroonstad.

The death toll has risen from earlier reports of 4 up to 14. “It is not yet confirmed but the death toll for now is sitting at 14.” Daisy Daniel, spokesperson for Shosholoza Meyl, said.