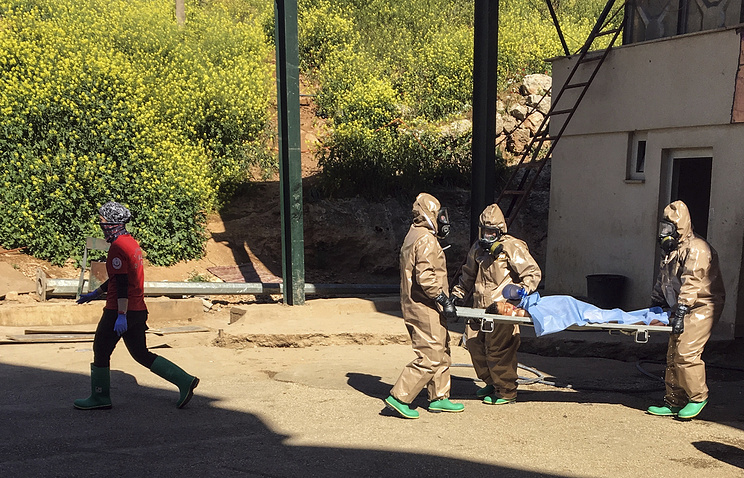 No serious steps have been taken to investigate into the alleged chemical incident in Syria’s Khan Shaykhun, Director of the Armaments Non-Proliferation and Control Department at the Russian Foreign Ministry Mikhail Ulyanov said.

The text of his address to the special session of the Organization for the Prohibition of Chemical Weapons (OPCW), held in The Hague on April 19, has been published on the ministry’s website on Thursday.

“Reports (about the alleged chemical attack in Khan Shaykhun) started coming 15 days ago but no steps have yet been taken in order to investigate into this incident,” he said. “In any case, we did not hear about representatives of the OPCW visiting the Khan Shaykhun area.”

Ulyanov pointed out that all accusations against Damascus of using chemical weapons were groundless as they were based only on questionable data available on social media. At the same time, according to the Russian diplomat, representatives of some countries are acting as if the circumstances surrounding the incident, as well as those responsible, have already been established.

“In this regard, British Foreign Secretary Boris Johnson’s article for the Telegraph is notable in which he said that ‘this was highly likely to be an attack by Assad.’ It means that the British Foreign Secretary is not completely sure. Then why do our British counterparts make such unequivocal statements on the international level?” Ulyanov said.

He also slammed Washington over its claims to be absolutely certain it was Damascus who was to blame. “This is what our US counterparts call a bad case of deja vu. We heard them say the same things 14 years ago, ahead of the military invasion in Iraq,” the Russian diplomat noted.

The alleged chemical weapons incident in the town of Khan Shaykhun, the Idlib Governorate, occurred on April 4. According to the Russian Defense Ministry, on that day the Syrian air force delivered airstrikes on several militant facilities where munitions filled with poisonous substances were being made. However, Washington came to the conclusion that Damascus had used chemical weapons which led the US to carry out a missile attack on a Syrian military air base located in the Homs Governorate on April 7, as the US believes that the attack on Khan Shaykhun was launched from there.

Russia is ready for consultations with the US before the OPCW vote on proposals on the incident.

“Before putting a draft up for vote, all possibilities for reaching a consensus should be exhausted,” Ulyanov said. “We are ready for immediate intensive consultations for that purpose, including with the US delegation,” he said.

“If our US partners are indeed interested in establishing the truth by carrying out a serious and prompt investigation, we have chances to reach an agreement,” the diplomat said. “If not, there is almost no room to search for mutually acceptable solutions.”