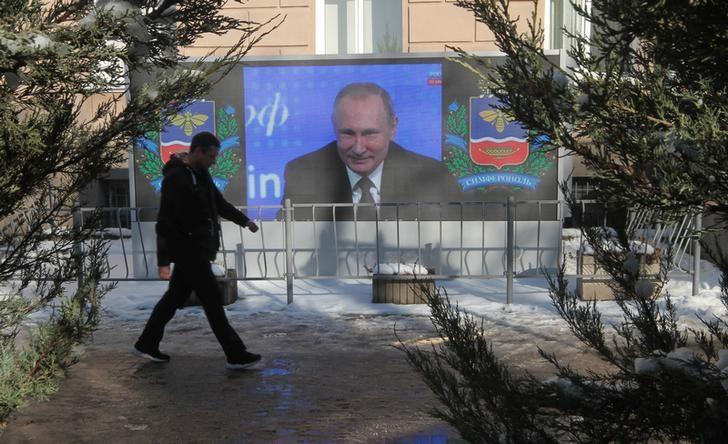 Russia is testing President Donald Trump with a surge of violence in eastern Ukraine and the U.S. president should give Ukraine the lethal aid it needs to defend against the attacks, Senator John McCain said in a letter to Trump on Thursday.

Renewed violence flared this week between Moscow-backed rebels and Ukraine government forces that has caused the highest casualty rate since mid-December and cut off power and water to thousands of civilians on both sides of the frontline.

“That this surge of attacks began the day after he talked with you by phone is a clear indication that Vladimir Putin is moving quickly to test you as commander in chief. America’s response will have lasting consequences,” McCain said in a letter to Trump released by his office.

The election of Trump, whose call for better relations with Moscow, has alarmed Kiev as the conflict has remained unresolved. Lawmakers in Washington expressed support for Ukraine on Thursday and called for restraint from Moscow.

McCain urged Trump to use his authority under an existing defense policy law to provide lethal assistance to Ukraine.

“Vladimir Putin’s violent campaign to destabilize and dismember the sovereign nation of Ukraine will not stop unless and until he meets a strong and determined response,” McCain wrote.

McCain also urged Trump to expand current sanctions against Russia that were put in place after its annexation of Ukraine’s Crimea region in 2014.

Democratic Senator Ben Cardin, top Democrat on the Senate Foreign Relations Committee, said he would work with McCain and other senators to codify the existing sanctions into law.

“It is incumbent upon the Senate to clearly express its support for the sovereignty of Ukrainian and solidarity with our close allies in Europe,” he said.