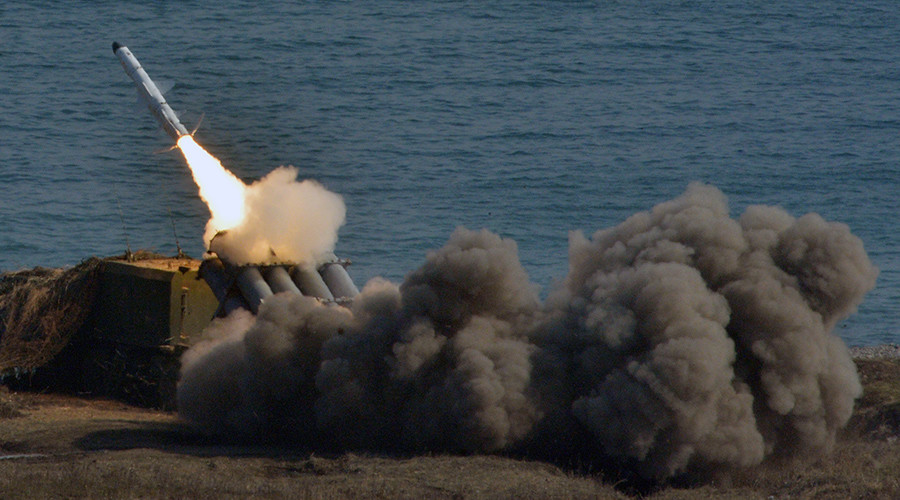 The Russian Pacific Fleet has installed batteries of anti-ship missiles at its bases on the Kuril Islands, ensuring effective protection from landing operations and carrier-based aircraft strikes.

The Boyevaya Vakhta (Combat Watch) newspaper of the Russian Navy’s Pacific Fleet reports that the Kurils Navy Base has received the Bal and Bastion missile complexes (NATO code names Sennight and Stooge) and is preparing to conduct training launches in the nearest future.

Russia’s naval command earlier disclosed the plans to put the most modern and effective anti-ship weapons on the Kuril Islands in order to strengthen the protection of the Russian border in this region.

The Bastion complex is a mobile launch system for the supersonic Onyx missile that can destroy surface ships and land-based targets in a 600km radius. The Bal complex carries the X-35 anti-ship missile with an effective range of 120km.

The Kuril Islands have been a bone of contention between Russia and Japan since the end of World War II, when a vague reparations agreement allowed Tokyo to claim that the Soviet Union should give back at least part of the archipelago, received as part of the post-war settlement. The Soviet Union insisted its sovereignty extended to the whole island chain – a position the Russian Federation has continued to take.

Japan sees the issue as significant and extremely politically-charged. In recent years, Japanese nationalists have marked September 7 as Northern Territories Day, according to the local name for the islands, and the country’s diplomats routinely protest when Russian officials visit the archipelago. Russia, however, has always insisted that any change in the status of the Kurils would mean a reassessment of the results of World War II, which is expressly banned by international treaties.

In latest statement on the issue made in early September this year, President Vladimir Putin said that even though Russian authorities saw signing a peace treaty with Japan as a priority, the territorial dispute over the Kuril Islands would not be subject to revision.

“We do not trade territories,” Putin said when asked if he was ready to consider “giving up” one of the Kuril Islands in order to reach a political resolution and greater economic cooperation with Japan.

In May, the Russian Defense Ministry and the Russian Geographical Society sent an expedition to one of the Kuril Islands, Matua, in order to prepare grounds for a new naval base on the archipelago. Back then, the commander of the Eastern Military District, Colonel-General Sergey Surovikin, told reporters that the entire Far East – including the chain of disputed islands – is becoming vital to national security. To reinforce this “outpost” of Russia, Surovikin said that the Eastern Military District will be provided with some 700 units of military equipment and weaponry in 2016.

“In order to stave off any, even minimal, threats, unprecedented steps are being taken by the Russian leadership and the Defense Ministry aimed at developing military infrastructure, planned rearmament of military units, and enhanced social protection of all military personnel and their families,” the commander noted.