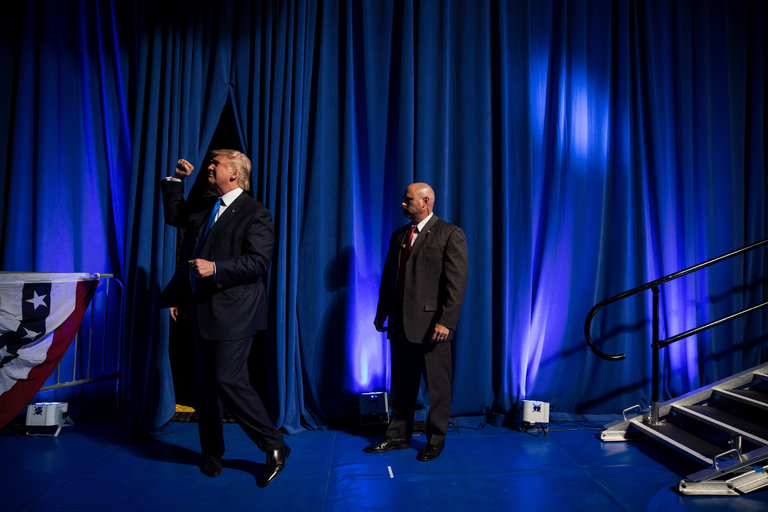 Russian Officials Were in Contact With Trump Allies, Diplomat Says

“There were contacts,” Sergei A. Ryabkov, the deputy foreign minister, was quoted as saying by the Interfax news agency. “We continue to do this and have been doing this work during the election campaign,” he said.

Mr. Ryabkov said officials in the Russian Foreign Ministry were familiar with many of the people he described as Mr. Trump’s entourage. “I cannot say that all, but a number of them maintained contacts with Russian representatives,” Mr. Ryabkov said.

Later, the Foreign Ministry in Moscow said Mr. Ryabkov had been referring to American politicians and supporters of Mr. Trump, not members of his campaign staff. The contacts were carried out through the Russian ambassador in Washington, who reached out to the senators and other political allies to get a better sense of Mr. Trump’s positions on various issues involving Russia.

A Trump spokeswoman, Hope Hicks, said Thursday that there had been no meeting between campaign staff members and Russian government officials during the campaign.

“We are not aware of any campaign representatives that were in touch with any foreign entities before yesterday, when Mr. Trump spoke with many world leaders,” Ms. Hicks, said. “Those discussions were congratulatory and forward looking.”

It is not uncommon for the presidential nominees of major parties to have contact with foreign leaders, or to meet with foreign government officials. During the campaign, Mr. Trump traveled to Mexico to meet with President Enrique Peña Nieto, and Mr. Trump and Hillary Clinton met separatelywith Prime Minister Benjamin Netanyahu of Israel in September. Mrs. Clinton also met Prime Minister Shinzo Abe of Japan and President Abdel Fattah el-Sisi of Egypt during the United Nations General Assembly session in October; a spokesman for her campaign said there were no communications with Russia.

But the possibility that Russian officials would be in touch with a candidate in the United States was a particularly sensitive one, because Russia has been accused of trying to interfere with the election.

After embarrassing emails stolen from the Democratic National Committee and other institutions and prominent individuals were released by WikiLeaks, the Obama administration said in October that Russia had ordered the hacking — an assertion the Russians denied.

Beyond that, the Senate minority leader, Harry Reid of Nevada, asked the Federal Bureau of Investigation in August to investigate whether Russia might be trying to manipulate the vote.

But law enforcement officials said that their investigations found no direct link between Mr. Trump and the Russian government in the hacking of the Democrats’ computers. They also found no conclusive evidence of financial connections between Mr. Trump’s associates and Russian financial institutions.

Still, some advisers to Mr. Trump have had contact with the Russian government. Lt. Gen. Michael T. Flynn, a retired intelligence officer and an adviser to Trump on security issues, was seated next to Mr. Putin during an anniversary dinner in Moscow for the English-language satellite television network, RT, in December 2015. And Paul Manafort, Mr. Trump’s former campaign chairman, had previously been a paid consultant to formerPresident Viktor F. Yanukovych of Ukraine, a Kremlin ally before he was ousted in a civic uprising.

On Thursday, Mr. Rybakov sought to play down the perception that Moscow was thrilled by Mr. Trump’s victory — though members of the state Duma, or Parliament, did burst into applause at the news.

“We feel no euphoria,” Mr. Rybakov was quoted as saying in an interview in Moscow.

“There is diverse experience in dealing with U.S. administrations, representing both Republican and Democratic periods,” he said. “There were periods when we started on a good note, but then rolled down to crisis. There were other periods in our complicated history.”

Russia is looking forward to a potentially less complicated relationship with the United States going forward, Mr. Rybakov added. “We are not rejecting a single opportunity for dialogue and for cooperation, and will immediately become involved in such work at the moment when our American colleagues will be ready for this,” he said.

Dmitri S. Peskov, spokesman for Mr. Putin, compared Mr. Trump’s victory speech after the election to a recent speech by Mr. Putin. “It is phenomenal, to what extent, it appears they are close in their conceptual approaches to foreign policy,” Mr. Peskov told journalists in New York, where he was attending a chess championship. The two leaders’ similarities, he said, could help improve relations between Moscow and Washington.

The Russian president had been among the first world leaders to congratulate Mr. Trump on his stunning victory in a bitter presidential campaign in which Mr. Trump made improved relations with Russia a centerpiece of his bid for office.

Mr. Trump repeatedly praised Mr. Putin during the campaign, saying he is a stronger leader than President Obama. In October, Mr. Trump said that should he win, he would consider meeting with the Russian president ahead of the inauguration.

Mr. Peskov, the Kremlin spokesman, said Wednesday that there were no plans for a meeting.

Mr. Putin was careful not to appear to publicly endorse either candidate in the American presidential race, but Russian state-run media made no secret of its preference for Mr. Trump, prompting Mrs. Clinton to accuse her rival of being Moscow’s “puppet.”