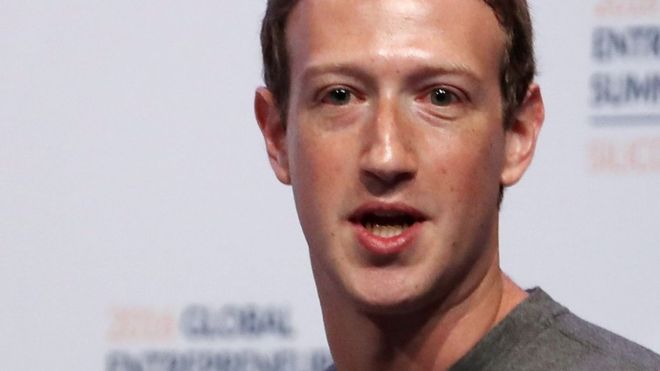 Speaking on stage at Techonomy, a technology conference in California, Mr Zuckerberg said Facebook should not be held responsible.

“The idea that fake news on Facebook influenced the election in any way is a pretty crazy idea,” he said.

“If you believe that then I don’t think you have internalized the message Trump supporters are trying to send in this election.”

Some data has shown that fake stories were being far more widely shared on the platform than follow up stories debunking the claims.

For an increasing number of people, particularly Americans, Facebook is becoming the primary source of news coverage.

The site’s News Feed is specifically designed to show users content it thinks will be of most interest, creating what some describe as a “filter bubble” that reinforces a person’s view without injecting differences in opinion.

Earlier this year, Facebook was accused of being anti-Trump after it was alleged its human moderators were favouring liberal stories from appearing in people’s “trending stories” box.

While denying that claim, the site did sack its human team, instead relying solely on an algorithm to determine which stories were shown to be most popular.

As a consequence, stories which were later proved entirely false appeared on the timelines of a large number of users.

When asked about checks and balances needed to keep a company like Facebook in line, Mr Zuckerberg said it was about “listening to what people want”.

“My goal, and what I care about, is giving people the power to share so we can make the world more open and connected. That requires building a good version of News Feed. We still have work to do on that. We’re going to keep improving it.

At the same event, Mr Zuckerberg offered an optimistic view of Mr Trump’s presidency, saying that his goals of improving global healthcare and connectivity did not necessarily require the co-operation of government.