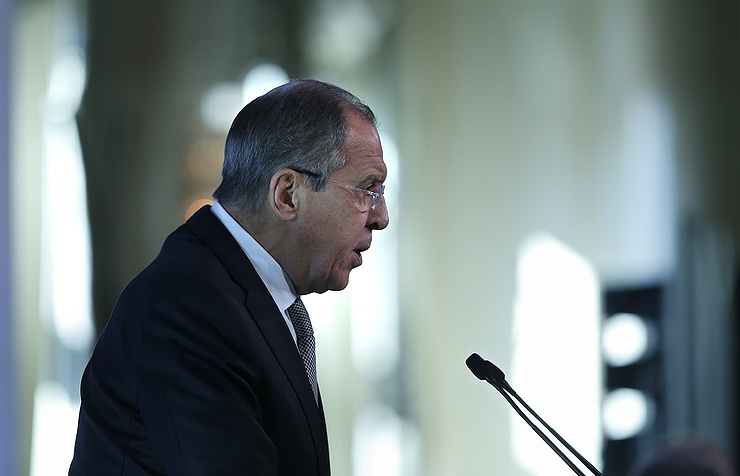 The United States, regarding Syria, even publicly insults Russia, accusing Moscow of “war crimes” despite the fact that the U.S. bombed Yugoslavia’s civilian targets, Russian Foreign Minister Sergey Lavrov said in an interview for the documentary “I have made up my mind. Yevgeny Primakov” for Rossiya 1 television channel.

“When the greatest patriot of his country, a very experienced politician, a great public official, a person with a huge intuition, with encyclopedic education, with understanding of various processes, learned that the United States decided to start bombings of the Federal Republic of Yugoslavia, he did not see for himself an opportunity to continue business as usual, fly to U.S. Vice President Albert Gore for important, but rather routine talks,” Lavrov said.

“The U-turn became a reminder that Russia can’t have a mission in the world other than defend its truth, do it jointly with other powers, but certainly achieving equal relations and mutually beneficial agreements,” he said.

“The aggression against Yugoslavia was certainly aggression,” Lavrov underscored. “By the way, it was the first armed attack in Europe on a sovereign state after 1945.”

“If we are talking about that, now, against the backdrop of what is going on around Syria, our Western partners, first of all Americans, and Brits too, are in their hysteria reaching public insults, using such words as ‘barbarism’, ‘war crime’,” he said.

“I will recall that the aggression against the Federal Republic of Yugoslavia was associated with attacks on a huge number of civilian facilities, by the way, Serbian television, bridges that civilian passenger trains traveled on, and much more. Thousands of those killed, several hundred children out of them, 250,000 refugees that no one has recalled since,” Lavrov said.

He said that “if Russia, in the person of Primakov, had not reacted in the way he reacted to that gross violation of international law, then we would have probably long not forgiven ourselves for that, and our history would have contained another unpleasant page.”

“He did it in such a way that Russia showed its character and took the only right position as of that moment,” Lavrov said.

Primakov, born on October 29, 1929, was a Russian politician and diplomat. He served as the country’s prime minister in 1998-1999. During his career, he also served as foreign minister, speaker of the Soviet Union’s Supreme Soviet, and intelligence service chief.

On March 24, 1999, Primakov was flying to Washington for an official visit. When his plane was above the Atlantic Ocean, Primakov got to know that NATO had started bombing Yugoslavia. The politician decided to cancel the visit, ordering the plane to turn around and headed back to Moscow in a maneuver, which was dubbed “Primakov’s Loop”.