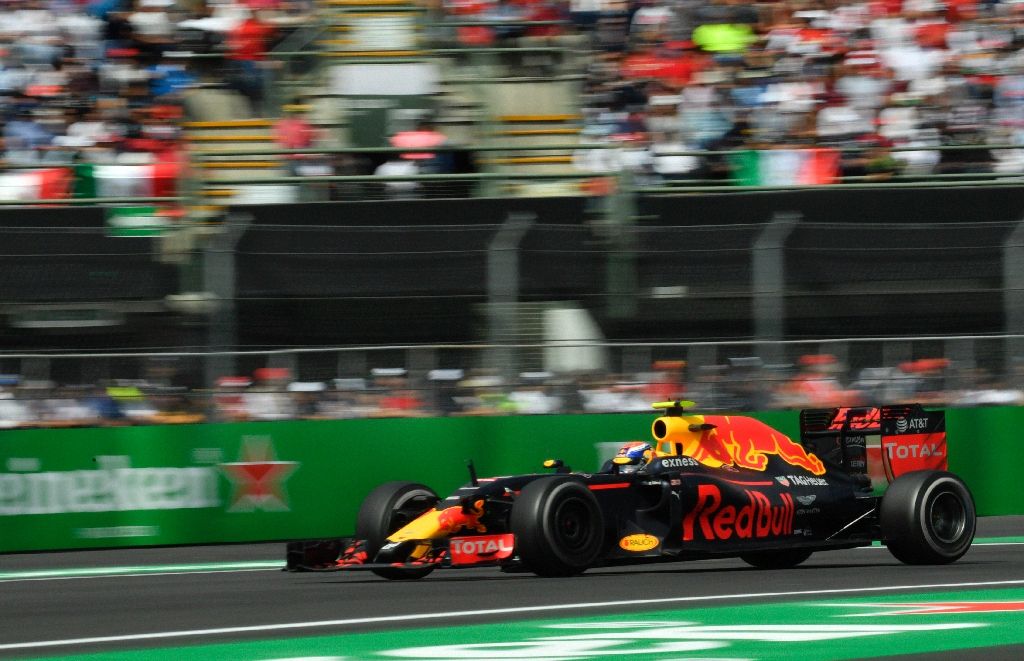 However, their celebrations were almost drowned out by the row that raged in the aftermath of a stormy battle between the Ferrari and Red Bull teams in the closing laps.

This saw Verstappen, who finished third before being handed a five seconds penalty that relegated him to fifth, clash with Vettel on and off the track where he had refused to concede a position when he locked up his brakes and ran off circuit, gaining an advantage that infuriated the German.

Verstappen joined the Mercedes duo in the pre-podium room before leaving with the arrival of Vettel flanked by a group of Ferrari team members. Despite threats, no punches were thrown.

Vettel’s language on Ferrari team radio was so laden in profanities that the team chief Maurizio Arrivabene eventually had to tell him to stop talking and calm down after he had lambasted not only Red Bull driver Verstappen, but also the Race Director Charlie Whiting.

“He has to give me the position -— end of story,” said Vettel, having referred to Whiting saying “here is the message for Charlie — fuck off, Honestly fuck off.”

In response Arrivabene said: “Sebastian, Sebastian, calm down, calm down. They are under investigation. I know that it is not fair but calm down. Put your head down and we talk afterwards.”

Verstappen, 19, said that Vettel “should go back to school” to be taught not to swear so much.

Talking about the incident in which went off at Turn One and rejoined, he said: “I think it is pretty similar to what happened when Lewis went off and got a massive advantage and when Nico went off, when we touched (on the opening lap).

“I didn’t even get an advantage. I was the same length in front so I think it’s ridiculous. They thought I had to give it back (the place), but it was never confirmed.

“I was not backing him up, I was just trying to do the best I can. They don’t give a penalty for Nico — don’t give me a penalty at the end of the race!

“I saw the footage. At least I can do it in a good way. It is ridiculous what he did — and then he starts shouting on the radio. I don’t know how many times he is using very bad language.

“I will speak to him because this is how ridiculous he is handling it. He is just a very frustrated guy at the moment.”

“I don’t think there is anything I have to say to him,” he said later.

“I think it was very clear. I was very emotional and I have asked already to go and see Charlie Whiting –- when you are in the car, I was full of adrenaline because it is not right what Max did. I was getting upset as you can imagine.”

Vettel was trapped between the two Red Bulls in the closing stages when Verstappen ‘backed him up’ to make him vulnerable to an attack from his team-mate Daniel Ricciardo, who was equally angry at the unfolding of events at the end of the race.

Speaking to his Ferrari race engineer Riccardo Adami and team chief Arrivabene, Vettel’s comments on the radio included him not only swearing frequently and directly about Whiting, but adding: “Honestly, I’m going to hit someone.”