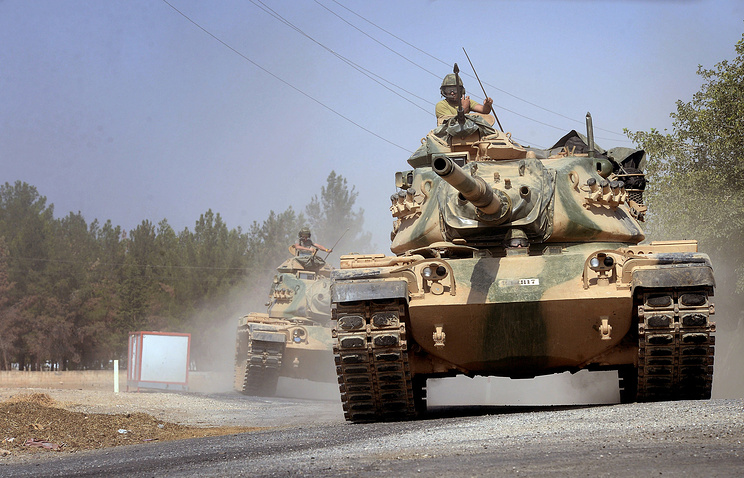 With the issue of the so-called Syrian package of sanctions against Russia in the cards, it is unlikely Europe will rush to adopt the new restrictions until a new US president is elected that is according to some Western experts surveyed by Izvestia daily during the Valdai International Discussion Club. According to Hans-Friedrich von Ploetz, the former German Ambassador to Russia, the issue of new anti-Russia sanctions was raised at the latest EU summit, but what is more important – the decision on this measures was not made. “I’ve never seen people developing sanctions doing this job with pleasure. Sanctions are usually imposed to demonstrate that someone is not right in doing something. The restrictions are used to convey to the other side that we don’t want to be at war with you, so change your position, we want to send a message that you’ve chosen a wrong way and you’ve taken a wrong path,” he said. “Sanctions do not always reach their goal. But there is Iran’s example where a long and complicated process resulted in a final agreement thanks to joint efforts by the US, Russia and the EU,” he added.

Richard Sakwa, Associate Fellow at Chatham House, told Izvestia that he sees no easing up of western sentiment towards Russia, with all eyes on the results of the US presidential elections. New measures against Russia may be assumed as soon as it becomes clear who the new president of the US is, and then Sakwa says the European Union may impose new, even sectoral sanctions against the country over Syria. Also, the deterioration in the Aleppo humanitarian situation may trigger the issue of the ‘Syrian block’ of sanctions, which so far is still being hammered out, the newspaper writes.

The abolition of roaming charges in the EU may negatively impact foreign subscribers, including Russian tourists travelling to Europe, Vedomosti writes citing sources in Russia’s mobile operators and the head of TelecomDaily, a research firm, Denis Kuskov. In order to compensate for the reduction in yield, European operators will raise the so-called surcharge, which is an additional fee for companies operating outside the European Union, for call completion, the newspaper says.

Among those who used this strategy were operators from Austria, Bulgaria, the Baltic States, Croatia, Finland, France, Germany, Greece, Hungary, Italy, Poland, Portugal, Slovenia and Spain. Russian operators will most likely have to raise European roaming prices in order to compensate for costs, the bulk of which (60-70%) are payments to foreign partners, Vedomosti sources said, though they make no comments on the amount of the potential hike in roaming maintenance fees.

According to Denis Kuskov, operator’s additional expenses on maintaining roaming service may exceed €150 mln. The analyst assumes that the changes will affect options, which allow roaming subscribers to receive incoming calls up to 40 minutes for 59-95 rubles per day, thus the number of minutes will decrease, while the cost of those packages will rise.

Russia’s Security Council Secretary Nikolai Patrushev visited Belgrade for consultations over current Russian-Serbian security cooperation and its outlook, as was officially announced by his spokesman. All talks were private, though one of the issues raised by Serbia was a proposed memorandum of cooperation in the security arena, aimed at building a communication conduit between Moscow and Belgrade in this sphere. However, local experts say Russia’s Security Council Secretary arrived to discuss the ‘Montenegrin case’ in an attempt to prevent a dispute between Russia and Serbia.

“The visit was obviously connected with what had happen in neighboring Montenegro where the authorities announced that terror attacks had been thwarted on election day,” professor at the Faculty of Security in Belgrade Zoran Dragisic told the newspaper. The military expert Aleksandar Radic shares the view, saying that “Patrushev had arrived to discuss the Montenegro case. According to a source close to the Serbian government, “the Russian guest most likely wanted to clarify our steps towards cooperation with Montenegro in investigating the activities of those groups connected to the Podgorica incident on October 16.” Another source familiar with the recent talks in Belgrade say that Patrushev’s goal was to “cope with the current situation and prevent a rift in Russian-Serbian relations.”

Belgrade is not interested in any sort of tension with Russia, Kommersant writes with reference to sources. On the other hand, Serbia’s Western-leaning politicians are not willing to be involved in any illegal activities in the neighboring country, the newspaper says.

Izvestia: Moscow not against Ankara’s plans to expand military operation in Syria

Russia does not object to Turkey’s plans to advance into Syria, though it sees its key tasks as preventing the country’s break-up and fighting terrorism, Izvestia writes with reference to Deputy Chairman of the Federation Council’s International Affairs Committee Andrey Klimov. “Currently all efforts should be focused on tackling the main threat – the terrorists. Anyone engaged in this activity is making a worthwhile contribution. As of today this is exactly with the Turkish army is doing,” Klimov emphasized. However, he added, “one should bear in mind that the issue is about Syria’s sovereignty.” “It is really troubling that Turkey’s actions are not authorized by Syrian leadership. In this respect it is crucial to ensure that any progress won’t break up the country,” he said.

Meanwhile, Ankara’s new plans to secure the Syrian towns of al-Bab and Manbij, have evoked an edgy reaction both from official Damascus and the Syrian Kurds. According to Klimov, the Kurds “are seeking to carve out an autonomous area within Syria, and probably to split off in the future, whereas Russia stands for the country’s territorial integrity.” Damascus believes after taking al-Bab, Ankara will proceed further towards Aleppo, bringing with it the so-called ‘moderate opposition’ to the city, Izvestia said.

An ambitious project announced by the Irkutsk-based travel company, Grand Baikal (owned by Oleg Deripaska’s structures) and China’s Zhong Jinxin to set up a tourism cluster on the southern shore of the Lake Baikal with $11 bln in Chinese investments will require 8 years, Director of Grand Baikal Victor Grigorov told RBC. “It will take 5 years just to construct up-to-date tourist facilities as well as transport and logistics infrastructure,” he said.

Analysts told the newspaper that the ambitious project is unlikely to meet sufficient demand, with some saying the announced amount of funds planned to be invested would be “absolutely absurd” and even higher than the cost of resort infrastructure built for the Sochi Olympics. The region does not need this kind of a massive project, which may also worsen the environmental situation, analysts stressed.