Home » News » Zakharova: Russia has nothing to do with Syria’s Idlib school attack 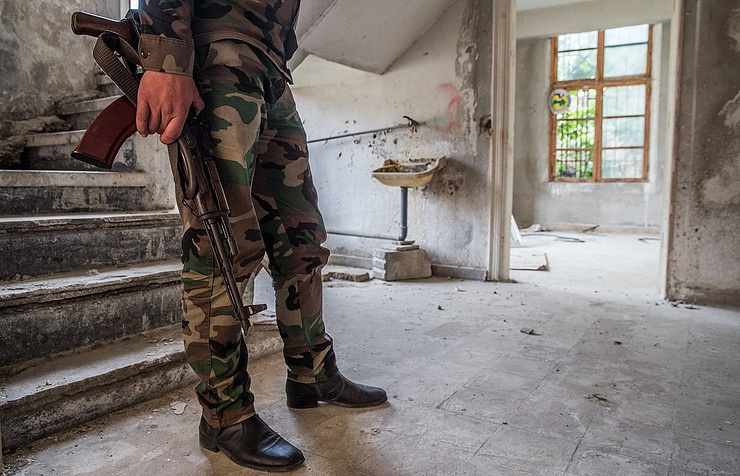 Zakharova: Russia has nothing to do with Syria’s Idlib school attack

“We demand that all international organizations join the investigation without further delay,” the diplomat said.

Zakharova stressed Russia has nothing to do with the attack.

A number of mass media were quick to blame the tragedy on the Russian aerospace group. “Russia has nothing to do with that terrible tragedy, with that attack,” Zakharova said.

“This terrible tragedy requires prompt involvement of all international institutions in the investigation,” Zakharova said. “We urge the maximum attention to this tragedy and its investigation without delay.”

“This is not surprising, but at the same time it deserves the strongest criticism,” she stated. “Al-Jazeera, The Independent, and other mass media sharing the same attitude to the journalistic profession at once blamed the tragedy on Russia, on the Russian aerospace group and on the Syrian armed forces. They claimed outright that it was a bombardment carried out by Russia and Syria. This is a lie. Russia has nothing to with that terrible tragedy, with that attack.”

She said the Defense Ministry was currently studying data obtained from objective monitoring means. A corresponding statement will follow shortly.

The United Nations Children’s Fund (UNICEF) said 22 children and six teachers died when their school came under attack. UNICEF Executive Director Anthony Lake said “it may be the deadliest attack on a school in Syria” since the conflict in that country began in 2011.

Russia to circulate document in UN on Syria

According to Zakharova, Russia has made a decision to circulate a document in the UN Security Council and the UN Geneva branch on Thursday with facts on the fulfillment of the Russia-US agreement on Syria dated September 9.

“We are told all the time about our failure to fulfil our obligations, in particular, the Russia-US accords, in the context of the peaceful settlement in Syria, that we are failing, as it were, to fulfill them and are breaching them,” the Russian diplomat said.

“In order to stop this, Russia has made a decision to circulate an official document in the UN Security Council and also on the UN premises in Geneva and New York that gives all the facts of the fulfillment by Russia of its obligations and failure by the US side to honor its commitments,” the spokeswoman said.

“It gives the facts, dates and figures. This document has already been circulated in Geneva and will be circulated today by the Russian permanent mission in New York. The relevant instructions have been given,” the Russian diplomat said.

Zakharova stressed that operations of the so-called anti-Islamic State coalition led by the United States are further destabilizing and complicating the military political and humanitarian situation in Syria.

She drew attention to the statement by a spokesperson for the Beirut Amnesty International office who said that the United States is ignoring possible losses among civilians in Syria.

“We fear the US-led Coalition is significantly underestimating the harm caused to civilians in its operations in Syria,” Zakharova sited the above statement. “Analysis of available evidence suggests that in each of these cases, Coalition forces failed to take adequate precautions to minimize harm to civilians and damage to civilian objects. Some of these attacks may constitute disproportionate or otherwise indiscriminate attacks.”

According to Amnesty International, eleven coalition air strikes since September 2014 have killed at least 300 civilians in Syria.

It is time the United States authorities completely recognize the damage the coalition strikes are doing to the civilian population, Zakharova said referring to the Amnesty International statement.