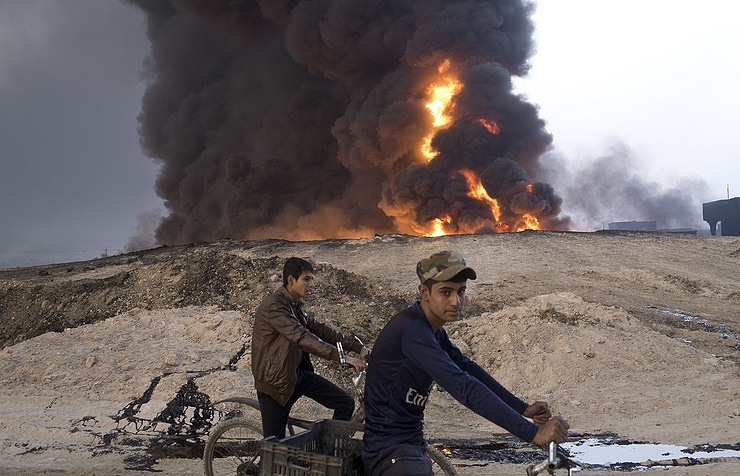 The Russian side calls on the participants on the Mosul liberation operation to spare no effort to prevent sufferings of the civilian population, Russian Foreign Ministry Spokeswoman Maria Zakharova said today.

Moscow “supports the Iraqi government’s resolute steps to restore the constitutional order across the entire territory of the country and exterminate the hotspot of international terrorism represented by Islamic State (a terrorist organization outlawed in Russia),” she said.

“Along with the growing concerns we note that the humanitarian situation is degrading due to mass exodus of civilian population from Mosul and its suburbs who are seeking to flee both repression from extremists and air strikes of the anti-Islamic State coalition led by Washington,” Zakharova stressed. “In this context, we call on the participants to spare no effort to prevent sufferings of civilians who have got tired of violence and terrorism in their country.”

A ground operation to liberate Mosul from terrorists of Islamic State began on October 17.

It involves the Iraqi government troops, Kurdish units and the U.S.-led international anti-terrorist coalition. Mosul, Iraq’s second largest city with a population of 1.3 million, has been controlled by Islamic State for over two years.

On October 25, Russia’s General Staff reported that the coalition strikes in the previous three days had killed more than 60 civilians and wounded more than 200.