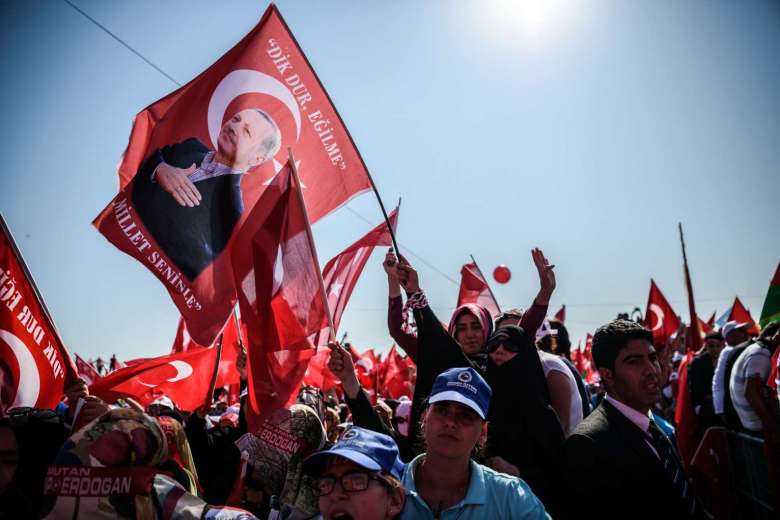 Turkish prosecutors have ordered the detention of 73 air force pilots, the latest in a stream of police operations related to the investigation of July’s attempted coup, the state-run Anadolu news agency said today.

The operation targeting supporters of U.S.-based cleric Fethullah Gulen, whom Ankara blames for the putsch, focused on an air base in the central Turkish province of Konya and spread across 17 provinces, it said.

Other media reports said more than 200 soldiers and civilians were to be detained in coup-related operations today.

Since the July 15 coup attempt, Turkey has arrested 35,000 people and sacked or suspended more than 100,000 others in the civil service, judiciary, police, military and elsewhere. Gulen denies involvement in the failed coup.

The latest suspects were accused of “armed rebellion against the Turkish Republic” and membership of what Ankara calls the Gulenist Terror Organisation, the privately-owned Dogan news agency said. Anadolu said 71 of those sought were lieutenants.

The latest detentions will bring to more than 300 the number of pilots dismissed or arrested as part of the coup investigation. The shake-up comes as Turkey’s military pursues an offensive against ISIS in Syria and targets Kurdish militants there, as well as in Iraq and southeast Turkey.

Police last week detained 47 soldiers in a similar operation focused on the Konya base, of which 29 were subsequently remanded in custody, Dogan said.

On Wednesday, Ankara said it had replaced three quarters of provincial police heads as part of the crackdown.

Turkish officials have said the interior ministry has ramped up efforts to purge the police and state institutions after the appointment at the end of August of a new minister, Suleyman Soylu, seen as close to President Tayyip Erdogan.

The extent of the crackdown has worried rights groups and some of Turkey’s Western allies, who fear that Erdogan is using the failed coup as a pretext to curtain dissent. The government says the actions are justified by the gravity of the threat to the state from July 15, when rogue soldiers commandeered tanks and fighters jets, killing more than 240 people.