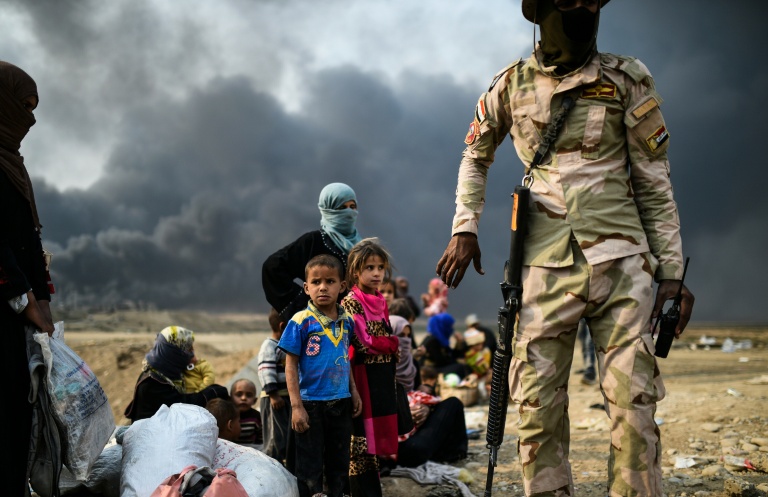 Iraqi special forces had moved more than 1,000 people from villages near the front lines of the battle to retake the ISIS-held city of Mosul today, according to officials.

Special forces Maj. Gen. Haider Fadhil said the residents of Tob Zawa and other nearby villages were taken to a camp in the nearby Khazer region for their safety. The International Organization for Migration said at least 8,940 people had been displaced since the operation to retake Mosul began on Oct. 17.

Over 3,300 displaced Iraqis sought help from the government on the ninth day of its offensive to retake Mosul, the AFP news agency reported on Wednesday, which was the highest number of any day so far.

There was “a big wave of displaced people that is considered the greatest number since the start of the military operation to liberate Nineveh province,” on Tuesday, Displacement and Migration Minister Jassem Mohammed al-Jaff said in a statement, according to AFP.

More than three million people have been displaced by violence in Iraq since the start of 2014, and the UN refugee agency expects tens of thousands more to be displaced in the coming days.

Meanwhile, special forces were undertaking cleanup operations on Wednesday in areas retaken from the militants to the east of the city, according to Maj. Salam al-Obeidi, and troops had uncovered a vast tunnel network used by ISIS to shuttle fighters and supplies by motorcycle.