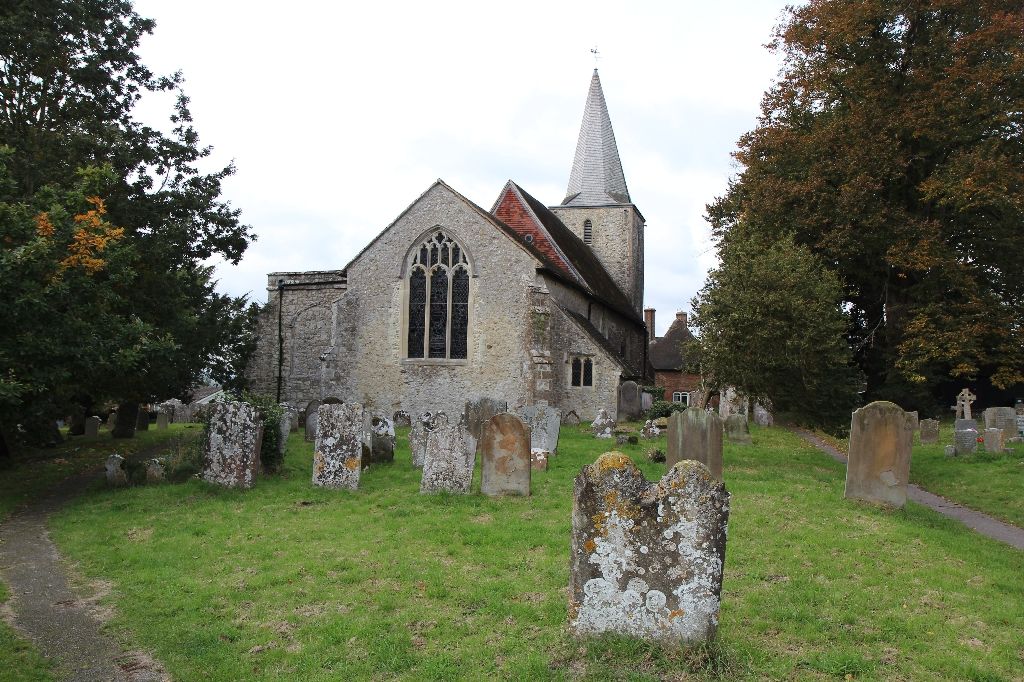 England’s ‘most haunted village’ gears up for Halloween

With Halloween in the air, ghouls are set to emerge from the shadows in the quiet streets of Pluckley, reputedly the most haunted village in England.

But it is not so much the ghosts that are spooking the inhabitants but the hordes of booze-fuelled thrill-seekers prowling around the settlement.

“There’s always some people who mess around. The village generally would rather Halloween did not happen,” Chris Housman, chairman of Pluckley Parish Council, told AFP.

Nestled by the chalk hills of Kent in southeast England, Pluckley is a tranquil village of some 800 souls that was recorded in the 1086 Domesday Book, Britain’s earliest public record.

It has an old church, a graveyard, the Black Horse pub and a butcher’s, and ivy creeps up the walls of its red-brick buildings.

On the face of it, Pluckley is an idyllic, quaint village in the English countryside.

But maps posted around the village reveal there is more to Pluckley than meets the eye.

“The area has 12 official ghosts, as well as many that are less well known,” it says.

“In the daytime, it is a quiet, peaceful and friendly place. At night, the atmosphere changes and it becomes a mecca for would-be ghost hunters.

“People congregate around the graveyard, the station and the woods as these are the places that the stories tell of ghostly apparitions and strange goings-on.”

‘My back pocket gets tugged’

In the name of journalistic research, AFP trekked to several sites where ghosts have been recorded over the years.

The first port of call was St Nicholas’ church and its graveyard which plays host to — as all good phantom-haunted places should — a “White Lady”, and also, more intriguingly, the “Red Lady”, whose nickname comes from her being buried with a rose.

The latter is the ghost of a local notable and has apparently haunted the scene for almost a millennium in search of her stillborn child.

The graveyard contains many leaning, weathered headstones, with their illegible inscriptions worn away just enough to get the imagination working — but not quite enough to conjure up visions of ectoplasmic activity.

A few miles away, more daring ghost-hunters can lose themselves in the Dering Woods — also known as the Screaming Woods, where the piercing shrieks of birds are easier to pick out than the mournful cries of any resident spectres.

In truth, among the numerous villagers AFP spoke to, only one confessed to believing in ghosts.

“Quite often I do catch things at the corner of my eyes or things move. You hear footsteps in the pub,” said Sarah Knight, landlady of the Black Horse.

“My back pocket gets tugged when I’m hoovering,” the 35-year-old said.

Some in Pluckley point out that the pub sells a tourist guide to the village’s ghost stories and it is therefore in their interests to keep the legends going to drum up custom from thirsty ghost-hunters.

Nonetheless, the allure of “the most haunted village in England” brings people into Pluckley around Halloween on October 31, attracting all manner of revellers from the curious to hellraisers in search of one of the 12 official ghosts.

“Sometimes it’s really bad,” said Linda, a woman in her 60s who works in Pluckley.

“They get drunk, wander in the village. Once they tried to burn the school down.”

John Bridgeman, 63, who lives opposite the church, finds the visitors’ ghost-hunting efforts laughable.

“A group of a dozen or so come and go with flashlights and then they wonder why they don’t see a ghost,” he said.