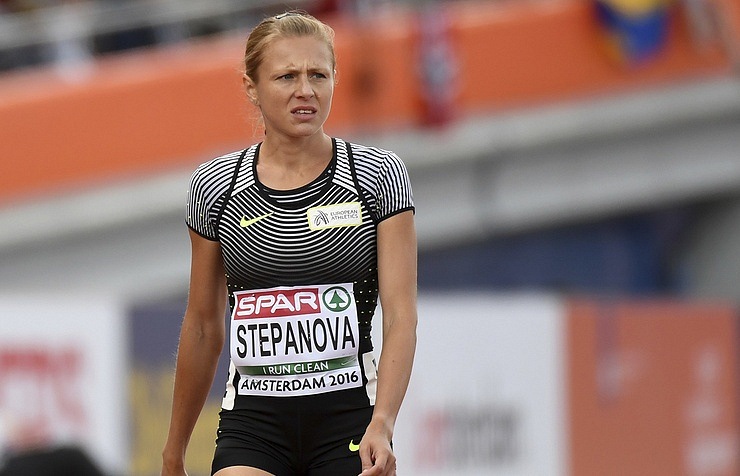 Inside The Games sports web portal reported earlier in the day that following the meeting with IOC President Bach, Russian former runner Yulia Stepanova was awarded a significant training grant and her husband Vitaly was offered a consulting job with the IOC on the anti-doping related issues.

“We can confirm that the IOC President did meet with Yuliya and Vitaly Stepanov in September,” the IOC said in its statement addressed to TASS.

“Following an Executive Board decision taken already in July to support the couple the IOC has offered them both assistance in their careers,” the statement from the IOC added.

Russian ex-doping official Vitaly Stepanov and his wife, Russian runner Yulia Stepanova, were in the center of a series of documentaries on alleged doping abuse in Russian sports aired by German TV Channel ARD in December 2014.

On August 1, 2015, ARD released another documentary “Doping – Top Secret: The Shadowy World of Athletics.” The film claimed that ARD and British newspaper The Sunday Times had obtained a leaked database belonging to the International Association of Athletics Federations, which contained more than 12,000 blood tests from around 5,000 athletes in the years 2001 to 2012.

ARD further alleged that a third of medals (146, including 55 golds) in endurance events at the Olympics and World Championships between 2001 and 2012 were won by athletes who have recorded suspicious tests but none of these athletes have been stripped of their medals.

On March 6, Seppelt premiered the third part of his documentaries, entitled “Doping Top Secret: Russia’s Red Herrings.” In that episode he claimed that the Russian athletics authorities were not taking sufficient steps to clean the sports from doping.

The fourth and most recent part of the German journalist’s documentaries on the allegedly widespread doping abuse in Russia was broadcast in Mat and was titled “Doping Secret: Showdown for Russia.”

The series of German documentaries prompted a reaction from the World Anti-Doping Agency (WADA), which ruled early last year to set up an independent body to investigate the issue.