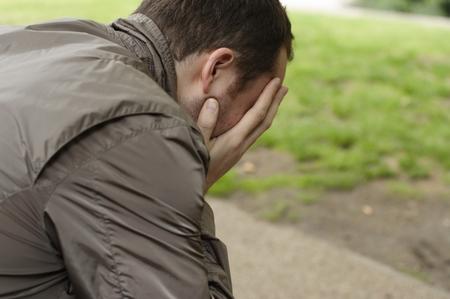 Life expectancy of people with severe mental health problems today is the same as it was for the general population in 1950 – an “unacceptable” problem that needs urgent attention, according to the UK’s leading health experts. Those with severe mental illness (SMI), such as schizophrenia, bipolar disorder, or other psychotic disorders, are at higher risk of dying in their 60s, a similar age men and women lived to on average over six decades ago. Although the health of the general population in the UK has improved significantly since then, the life expectancy of adults SMI in 2016 is lagging behind. Nearly half (46 per cent) of people with SMI have a long-term physical health condition and are at risk of losing on average 10-20 years of their lifespan due to physical ill-health. Today men expect to live to around 79 years old and women 83 years old. A major report, published on Tuesday by the Royal College of Psychiatrists and the Academy of Medical Royal Colleges, calls for action to end the disparity in healthcare received by those suffering SMI compared to patients with physical health needs.

SMI is imprecise in its nature but is generally accepted to have three elements: a diagnosis, which causes significant disability, that has lasted for a significant duration, usually at least two years. Barriers between mental and physical healthcare Professor Dame Sally Davies, the Chief Medical Officer, said: “There remain barriers in training, healthcare delivery and research. Furthermore, there are major differences in the life expectancy of people with severe mental illness. These differences must be addressed urgently.” People with SMI are over three times more likely to have a physical health problem and may die 10–20 years earlier than others in the general population. They also experience more risks to remaining in good physically health. For example, smoking rates are approximately twice as high, while alcohol misuse and obesity rates are about 50 per cent higher than for those in the general population.

The report makes several recommendations for changes that will help adults with SMI to receive the same standards of physical healthcare as the general population and reduce the risk of premature death. These include training for healthcare staff to ensure they are equipped to fulfill the physical health needs of people with SMI, such as being able to recognise physical illness and take appropriate action. Each mental health service, acute hospital, general medical practice or GP federation should also develop a physical health strategy for patients with SMI which is approved by the board and reviewed annually. ‘Unacceptable mortality gap’ Janet Davies, Royal College of Nursing Chief Executive, said: “People with severe mental illness have the same right to good physical health as anyone else, and everyone in health care has a duty to work towards this. “The health service must get better at sharing good practice. The practical recommendations in this report are an important step towards closing the unacceptable mortality gap.” The call comes just days after analysis by The King’s Fund found promised increases in funding for mental health services have not materialised in many areas of the country. Four in 10 mental health trusts saw their income fall in 2015/16 the charity revealed, despite the government’s commitment to parity of esteem for mental health and assurances from NHS England that almost 90 per cent of plans submitted by clinical commissioning groups last year included mental health funding increases.