Home » News » No flights of Russian, Syrian aviation over Aleppo in last 7 days 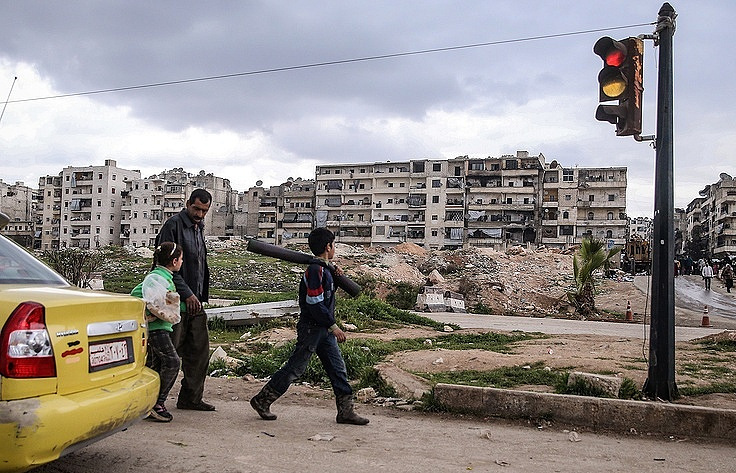 No flights of Russian, Syrian aviation over Aleppo in last 7 days

Russian Aerospace Defense Forces and Syrian Air Force have not delivered airstrikes at Aleppo over the last seven days, and flights were not conducted over the city or its suburbs, Igor Konashenkov, official spokesman for the Russian Defense Ministry, told TASS today.

“Over the last seven days, flights of Russian Aerospace Defense Forces and Syrian Air Force over Aleppo were completely ceased,” Konashenkov said. “Aircraft do not come close to the city and do not deliver airstrikes. Six humanitarian corridors continue to work round-the-clock for peaceful civilians leaving eastern districts of Aleppo. Hot meal distribution and first medical aid outlets are open,” he added.

Konashenkov noted that late in the evening on October 24, 48 women and children came exited eastern Aleppo through a humanitarian corridor with the help of officers from the Russian Center for reconciliation of the warring parties in Syria. They were provided with medical assistance, hot meals and accommodation.