Home » News » Attack in Iraq’s Kirkuk over, 74 IS jihadists dead 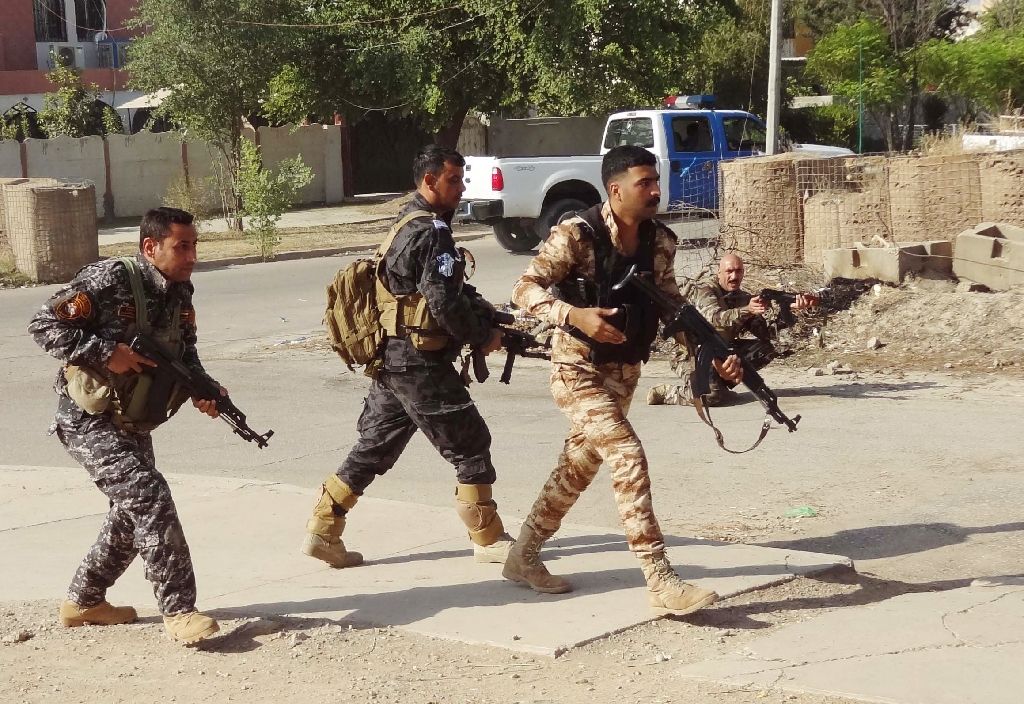 Attack in Iraq’s Kirkuk over, 74 IS jihadists dead

“The attack is over and life has returned to normal,” Najmeddin Karim, the governor of Kirkuk province, told AFP.

“The security forces have killed more than 74 Daesh (IS) terrorists and detained several others, including their leader.”

Karim said the initial confessions of the ringleader confirmed reports that around 100 fighters attacked Kirkuk early Friday, some of them sleeper cells that joined up with militants infiltrating the city.

Some attackers are also believed to have fled the city on Saturday, later clashing with security forces in rural areas east of Kirkuk.

The spectacular attack led to three days of clashes that left at least 46 people dead, mostly members of the security forces, and the Kurdish-controlled city under curfew.

The brazen raid on Kirkuk, which lies in an oil-rich area around 240 kilometres (150 miles) north of Baghdad, appeared to be an attempt by IS to divert attention from Mosul.

Tens of thousands of Iraqi forces are pressing a week-old offensive on Iraq’s second city, which is also the jihadists’ last major stronghold in the country.