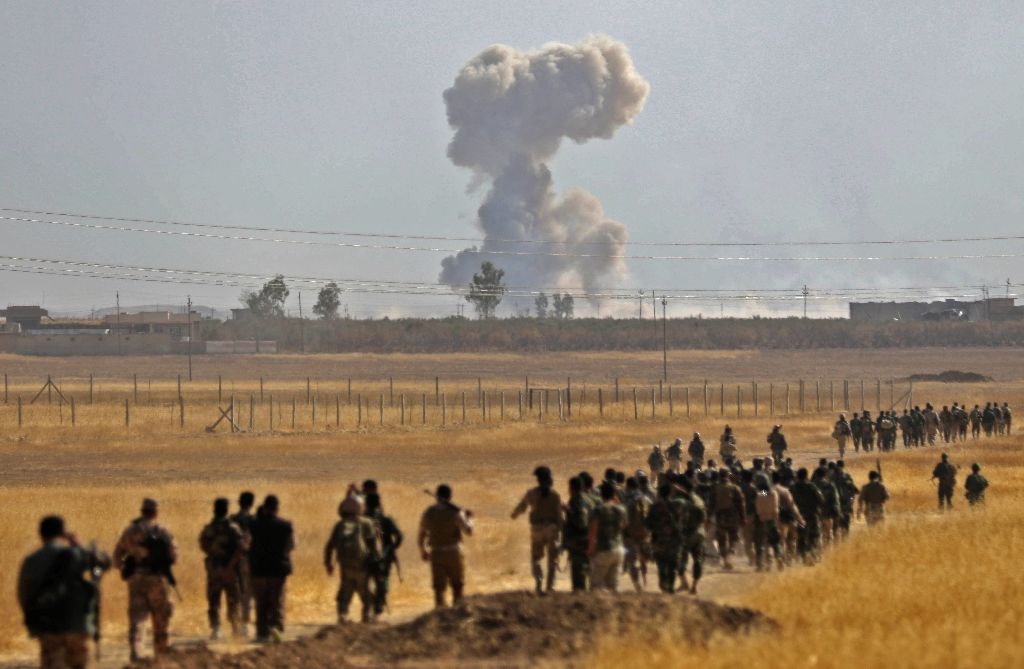 On road to Mosul, Kurd doctors fear being overwhelmed

At a field hospital out in the open, a few kilometres (miles) from newly carved front lines in northern Iraq, Kurdish doctors and foreign soldiers mill around a stretcher on the ground.

A Kurdish peshmerga fighter lies writhing in pain, his face swollen and spattered with blood from a car bomb blast, a favoured tactic of Islamic State (IS) group jihadists in the crosshairs of an offensive to recapture the city of Mosul.

The peshmerga is hurriedly connected to a drip, covered with a blanket and whisked away in an ambulance.

Casualty figures for the US-backed offensive launched last Monday by Iraqi federal and Kurdish forces are hard to come by, in an apparent effort not to damage morale.

In the Kurdish capital of Arbil, just one hospital has the facilities to treat wounded fighters evacuated from the field hospitals dotting the rocky plains where the early rounds in the battle for Mosul are being waged.

Arbil West hospital is the only one with emergency services and a serious burns unit.

Apart from the regular cases from across Arbil province, more than 100 wounded peshmerga have been brought in over three days, hospital director Dr Lawand Meran told AFP, warning that its capacity is already being stretched.

“We have a shortage of human resources, medical equipment, medicine and specialised doctors,” he said. “Soon, if we have 1,000 casualties, our capacity will not be enough.”

Aiming to slow an advance on Mosul expected to take weeks, the jihadists have been launching several suicide bombings a day.

Back at the field hospital, Dr Ahmed Mezouri said he welcomes the assistance of British and Canadian military doctors conscripted under the US-led coalition’s support for the Kurds in the faceoff with IS.

Shunning attention, the foreign doctors themselves keep their distance from the media.

The white-shirted and thick-glassed Mezouri, who has worked with the peshmerga since 2004, has been on duty round-the-clock for the past week heading a team of six doctors and around 50 nurses and ambulance drivers.

Most of the casualties are victims of “suicide bombers who blow themselves up or who drive booby-trapped cars”, he said as two new casualties were brought in to a makeshift ward of eight beds covered in white sheets.

As the battle draws closer to Mosul itself, casualties are expected to multiply with fighting at close quarters.

Among those treated at Arbil West, Mourad and Zahed have already had a close encounter with jihadists who launched a surprise diversionary attack on Kurdish and federal forces in the northern oil city of Kirkuk.

They were both victims of sniper fire during street fighting in the multi-ethnic city.

“We didn’t see them coming… A sniper caught me by surprise and shot me four times in the back, once in the leg and another in the hand,” Zahed said from his hospital bed.

Mourad’s hand was pierced by a bullet and he was also hit in the eye by shrapnel.

“Doctors have warned me I need treatment abroad or else I’ll lose my eye. There’s nobody who can perform this kind of surgery in Iraq,” he said.