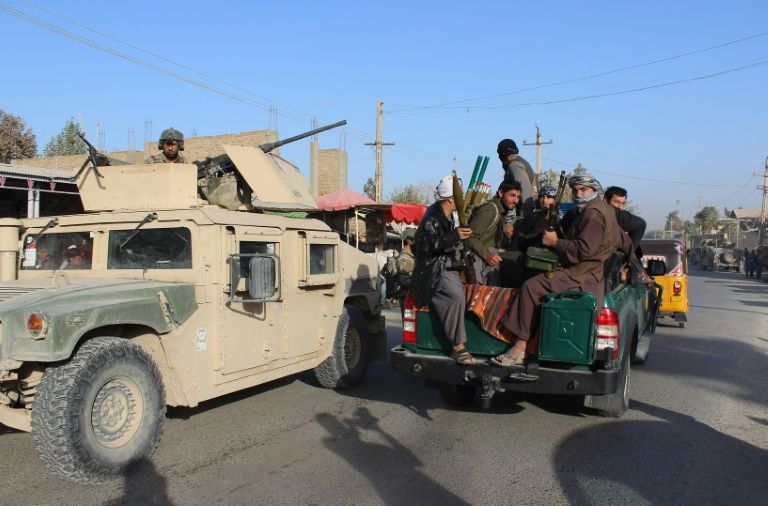 Basic leadership failures in many Afghan police and military units are helping drive casualty rates to ever-higher levels, the top US and NATO commander in Afghanistan warned Sunday.

Afghan forces are nearing the end of their second year providing security across their war-torn country, after NATO moved into an advisory and training role, and the toll on the local forces has been devastating.

US Army General John Nicholson said this year promises to be worse still.

“We are very concerned about the casualty rate … This year has been the same, or slightly higher, depending on the unit and region,” he told reporters.

“One of the principal factors for the high casualties has been the leadership, the failures of leadership at certain levels. Primarily this has been in the police and to a lesser extent the army.”

Speaking from the NATO mission’s Kabul headquarters, the four-star general said street-level Afghan soldiers were performing as best they could, but are frequently left vulnerable by shoddy performance from higher-ups.

“These young police officers who are out dying on the checkpoints don’t always have enough food, or water, or ammunition and their leader may not be with them,” Nicholson said.

“This is a failure of leadership,” he added, blaming this in part on corruption in the interior ministry.

Figures for this year’s casualty rates were not provided, but officials said the issue had contributed to a shortfall in the Afghan army’s ranks.

Fifteen years and hundreds of billions of dollars after the US-led invasion saw the Taliban government ousted, the Afghan government only has full control of two-thirds of the country’s population of 30 million.

Ten percent is in Taliban hands, and the rest is still being fought over.

This summer’s fighting saw the Taliban try at least seven times to seize a provincial capital, as they did in Kunduz last year.

The Afghans managed to repel these thanks to NATO support, easier rules for the United States to strike targets and the growing confidence of the Afghan air force.

Nicholson and other US military officials pointed to several units that can boast significant successes this year, including the Afghan police and military special operations units and the army’s 201st Corps.

That unit performed well in Nangarhar province this month, attacking a local Islamic State group affiliate and not incurring any casualties, officials said.

The corps’ deputy commander, Brigadier General Mohammad Ali Shujai, said “99 percent” of enlisted troops volunteer to extend their contracts at the end of a tour, “which is a source of pride”.

Officials also paid tribute to several exemplary leaders, including a lieutenant from a police crisis-response unit who was killed this year during an attack on the American University in Kabul.

Nicholson warned he expects to see additional high-profile attacks at any moment.

The Taliban threat forced President Barack Obama to slow plans to draw down US troop numbers at the end of this year. Some 8,400 will remain in 2017, compared with 5,500 initially planned.

Most US forces in Afghanistan operate under the NATO banner and work as trainers or advisers to Afghan forces.

Despite being America’s longest-fought war, the conflict is largely forgotten at home.

During three lengthy debates between presidential candidates Hillary Clinton and Donald Trump, Afghanistan was mentioned in passing only once.