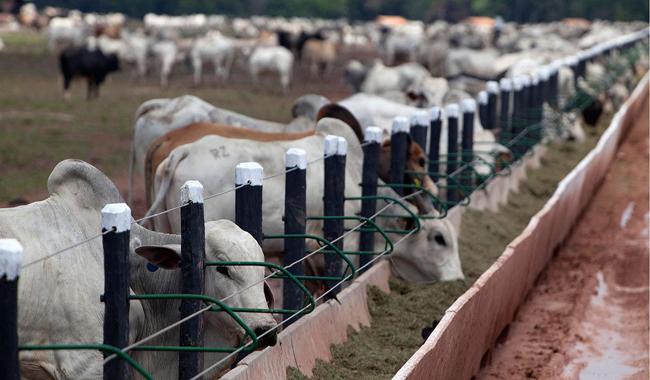 Some 300 wild mammal species in Asia, Africa and Latin America are being driven to extinction by humanity´s voracious appetite for bushmeat, according to a world-first assessment released Wednesday.

The species at risk range from rats to rhinoceros, and include docile, ant-eating pangolins as well as flesh-ripping big cats.

“Terrestrial mammals are experiencing a massive collapse in their population sizes and geographical ranges around the world,” the study warned.

This decline, it said, was part of a larger trend known as a “mass extinction event,” only the sixth time in half a billion years that Earth´s species are dying out at more than 1,000 times the usual rate.

Besides eating them, humans are robbing mammals of their natural habitats through agriculture and urbanisation, and decimating them through pollution, disease and climate change.

According to the Union for the Conservation of Nature´s (IUCN) Red List of endangered species, a quarter of 4,556 land mammals assessed are on the road to annihilation.

For 301 of these threatened species, “hunting by humans” — mainly for food, but also as purported health and virility boosters, and trophies such as horns or pelts — is the main threat, according to the comprehensive review of scientific literature.

The likelihood of extinction, the team found, depends on body size: the bigger the animals, the greater the danger.

More than 100 primates, including gorillas and snub-nosed monkeys, and dozens of hooved animals from oxen to antelope, are at dire risk from hunting.

“These species will continue to decline unless there is major global action to save them,” Bill Ripple, a professor at Oregon State University and lead author of the study, told AFP.

All 301 species identified are found exclusively in developing countries, with the highest concentration in southeast Asia (113), followed by Africa (91), the rest of Asia (61) and Latin America (38).

The countries with the most native species under siege from hunting were Madagascar (46), Indonesia (37), the Philippines (14) and Brazil (10).

The scale of the problem is daunting: some 89,000 tonnes of wild meat — with a market value of about $200 million (180 million euros) — is butchered every year from the Brazilian Amazon alone, the study found.

On current trends, the prospects for these and other mammals is not bright, the authors said.

“Forty of these species were already classed as critically endangered by 1996, indicating that there has been little or no conservation progress in reversing their fate,” they note.

This, despite dozens of major conservation conferences and summits, and the expansion of protected areas.

The impact of extinction may be felt well beyond the loss of individual species, the scientists cautioned.

“Through cascading effects, the loss of these mammals is altering the structure and function of the environments in which they occur,” the study notes.

The result could be a loss of food security for humans.

The research echoed a recent study which showed that more than two-thirds of 9,000 threatened species — including plants, birds and insects — faced over-exploitation from commerce, recreation or subsistence.

Ripple and colleagues call for increased legal protection of threatened mammals, better education and family planning, and the provision of alternative foods to local populations.

Giving local communities stronger land rights — so that they have a more direct interest in conservation — is also key, they said.