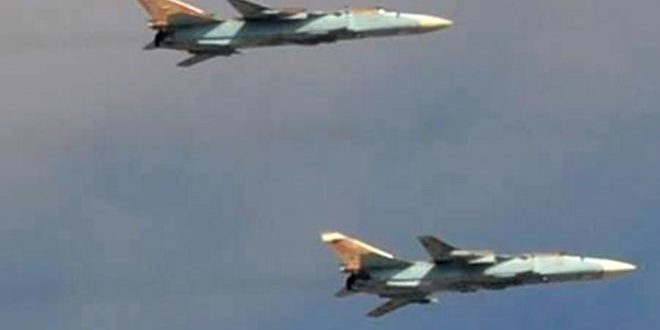 Syrian army continues its crackdown against terrorists in different provinces

The army and armed forces continued on Wednesday their crackdown against armed terrorist groups in different Syrian regions, seizing and destroying their weapons and killing many of them.
Daraa
An army unit killed terrorists and destroyed their fortifications in al-Kark, to the west of Bilal al-Habashi Mosque and in al-Abbassiyeh neighborhood in Daraa al-Balad area in the southern province of Daraa.

An army unit clashed with a terrorist group that infiltrated from the cypress farm east of Busra al-Sham city towards Wadi al-Zaidi in the eastern countryside of Daraa province. The infiltration attempt was foiled, with a large number of terrorists getting killed or injured.