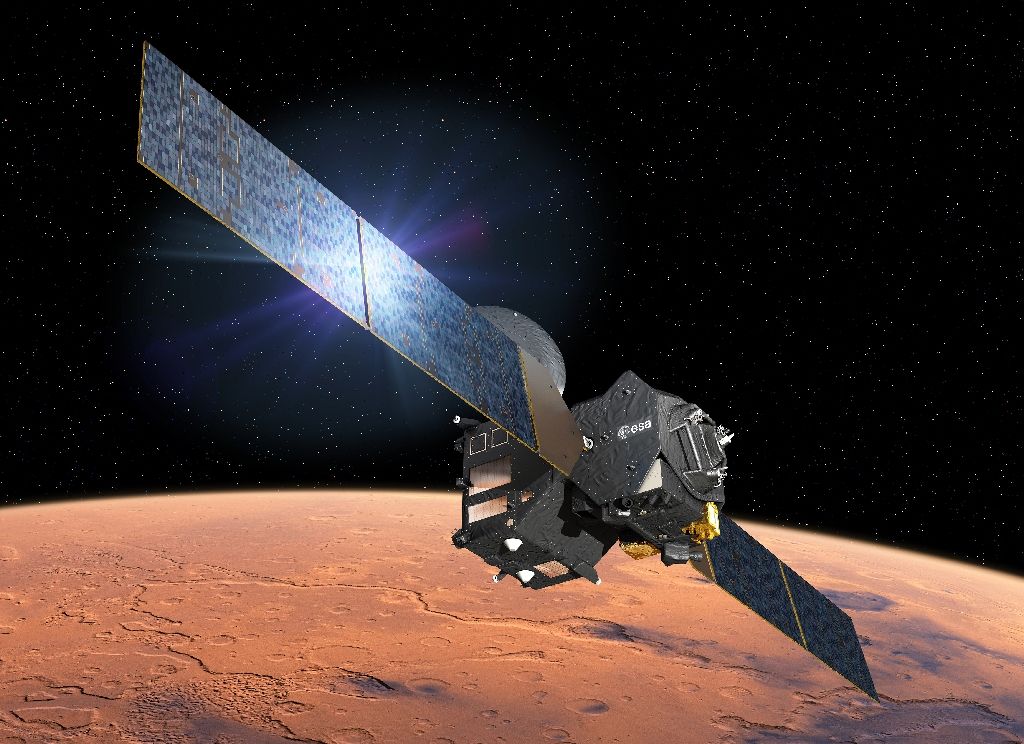 Europe will send a tiny lander on a scorching, supersonic tumble to Mars on Wednesday and place a gas-sniffing probe in orbit around the Red Planet in a daring quest with Russia for extraterrestrial life.

High-stakes manoeuvres should see a test lander dubbed Schiaparelli make a dangerous dash for the surface at 1442 GMT, while the Trace Gas Orbiter (TGO) enters a gravity loop around our planetary neighbour.

The pair have made a 496-million-kilometre (308 million-mile) trek from Earth since their launch in March. They comprise phase one of the ExoMars mission through which Europe and Russia seek to join the United States in roaming the hostile Martian surface.

Commands for both spacecraft have already been uploaded, the European Space Agency (ESA) said on Tuesday, and were “ready for execution” on Wednesday.

“All is well for the moment,” Schiaparelli manager Thierry Blancquart told AFP.

Apart from carrying Schiaparelli towards Mars, the TGO’s job will be to test the Red Planet’s atmosphere for gases possibly excreted by living organisms, however small or primitive.

Paddling pool-sized Schiaparelli, in turn, must test entry and landing technology for a subsequent Mars-drilling rover which will mark the second phase and high point of ExoMars.

The first manoeuvre on Wednesday, scheduled for 1304 GMT, will see the TGO execute its most critical command to date — starting a more than two hour-long engine burn to slow down and allow itself to be captured by Mars’ gravity.

Schiaparelli will execute its own daredevil mission shortly thereafter.

The 600-kilogramme (1,300-pound) craft’s hairy ride through Mars’ thin, carbon dioxide-rich atmosphere should last six minutes, with touchdown scheduled for 1448 GMT on a spot near the equator.

A discardable “aeroshell” will protect Schiaparelli against a heat of several thousand degrees Celsius generated by atmospheric drag, while a supersonic parachute and nine thrusters will brake it.

A crushable structure in the lander’s belly is meant to cushion the final impact.

Battery-driven and without solar panels, Schiaparelli should last two or three days, sending messages which will take 10 minutes to reach Earth.

It is meant to convey data on how its body and instruments coped with the harsh entry and landing — crucial information to plan a safe trip for the bigger and more expensive rover to follow.

Since the 1960s, more than half of US, Russian and European attempts to operate craft on the Martian surface have failed.

ExoMars is Europe’s first attempt at a Mars rover since the British-built Beagle 2 disappeared without trace in 2003 after separating from its mothership.

The ExoMars rover is set for launch in 2020 after a two-year funding delay. It will be equipped with a drill to search for evidence of underground life — present or past.

While life is unlikely to exist on the barren, radiation-blasted surface, scientists say traces of methane in Mars’ atmosphere may indicate something is stirring under the surface — possibly single-celled microbes. The TGO, with its methane-sniffing equipment, will join the search for life in 2018, once it has reached a circular orbit at an altitude of 400 kilometres.