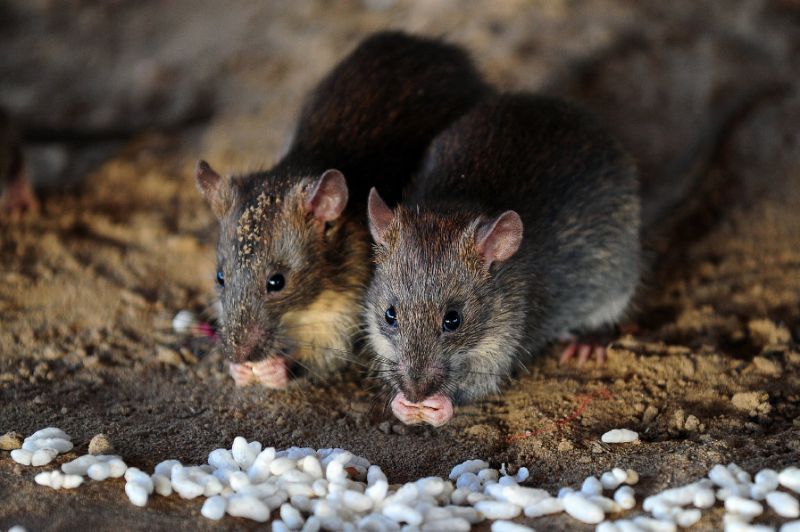 The Indonesian capital Jakarta, one of the world’s most overcrowded and polluted megacities, has launched a new bid to rid its streets of vermin — by offering residents $1.50 for every rat they catch.

Authorities hope the Rat Eradication Movement will help clean up the teeming city of about 10 million people where enormous vermin are a common sight on rubbish-strewn roads and in poor slum areas.

“There are many rats here, and big ones,” Jakarta Deputy Governor Djarot Saiful Hidayat was quoted as saying on a government news website, as he announced the plan recently.

He said a recent encounter with a large rat had inspired him to start the programme, adding that the vermin were dangerous and could spread disease.

The deputy governor did not say how residents should catch rats and whether they should be dead or alive when handed over to authorities — but urged people to refrain from using firearms.

“If possible, please do not use guns,” he was quoted as saying by the Jakarta Post newspaper.

“If you miss your shot, the bullets could hit other people.”

The captured rats will be handed over to local officials, who would dole out the money and pass the animals to Jakarta’s sanitation agency for burial, the paper added.

There is no guarantee the plan will work — a similar scheme in the Vietnamese capital Hanoi during French colonial rule backfired.

Rat catchers were required to present the tails as evidence they had caught the animals, but in many cases they simply cut off the tail and then released the rats. The released animals would return to the sewers and breed, meaning the population of the creatures did not fall as intended.