Home » News » Kremlin: Ceasefire, halt of airstrikes in #Syria not aimed at smoothing criticism of Moscow 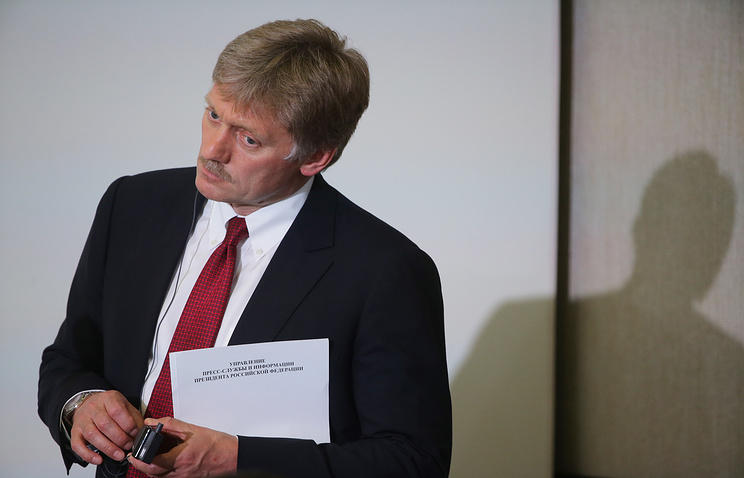 Kremlin: Ceasefire, halt of airstrikes in #Syria not aimed at smoothing criticism of Moscow

Moscow’s decision to impose an eight-hour humanitarian pause in Aleppo fighting and to halt airstrikes in the region is not an attempt to smooth the criticism of Western countries in regard to Russia, presidential spokesman Dmitry Peskov said on Tuesday.

“No, there is no connection at all,” Peskov told journalists. “This is an obvious continuation of Russia’s efforts on the fight against terrorists in Syria as well as to unlock the Aleppo situation.”

“This is nothing else, but the manifestation of the goodwill of the Russian military, which announced humanitarian pause for October 20 and with the aim to create the necessary conditions for this they suspended air raids over Aleppo starting today,” President Vladimir Putin’s spokesman added.

Peskov also said that after the decision to introduce ceasefire in Aleppo, Russia is waiting for similar steps on behalf of the Western partners on the Syrian conflict resolution.

“Russia is now expecting similar efforts from its Western partners on Syria, so that they would take up the baton and also provided for the humanitarian operation encouraged the withdrawal of militants from Aleppo and launch the real process of separating the moderate opposition from the terrorist organizations,” Peskov said.

Russian General Staff’s Lieutenant-General Sergei Rudskoi announced on Monday that the Russian and Syrian military would impose on October 20 an eight-hour humanitarian pause in fighting in Aleppo.

Russia is negative about US and British statements about more sanctions against Moscow over the situation in Syria.

“Russia’s attitude to such statements is negative,” Dmitry Peskov told the media.

“The countermeasures are not an ultimate end,” he said, when asked if Russia might take retaliatory measures. “We’d like to see first what Britain and the United States had in mind. Then it might be possible to say something in response.”

Earlier, US and British officials said they did not rule out more sanctions might be taken against Russia over its policy in Syria.