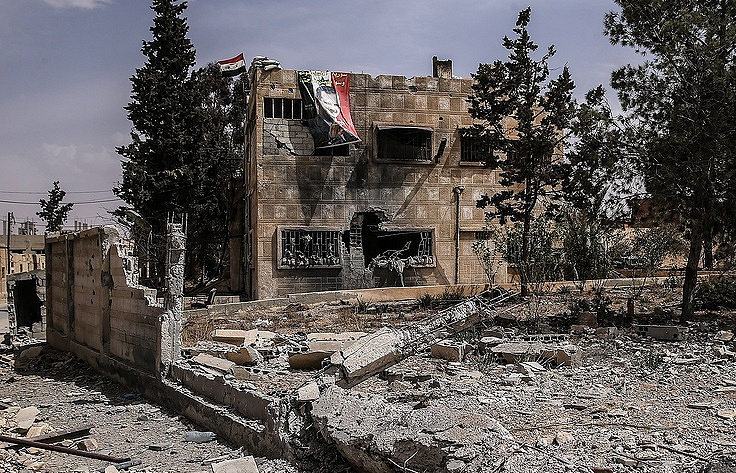 Reconciliation agreements were signed during the day with representatives of  more settlements in Syria, the Russian center for reconciliation of the warring parties in Syria said in its regular daily bulletin posted on the Russian defense ministry’s official website on Monday.

No air strikes were delivered by the Russian air group and the Syrian air force at armed opposition group which have declared cessation of hostilities and informed the Russian or U.S. reconciliation centers about their locations.

In the province of Aleppo, paramilitary terrorist groups shelled from home-made multiple missile launcher systems, mortars and firearms the settlements of Bakirtaya, Shurfa and Azizi, and Aleppo’s districts of Suleiman al-Halabi, 1070, Hai al-Antari, Sheikh Maksoud, Dahiya al-Assad, al-Maydam, a cement plant, the Castello trade center and positions of government troops in the districts of Ramusi, 1070, and Leramon.

According to the Russian center, efforts are continued to relieve the humanitarian situation in Syria. About 1.2 tonnes of food products – sugar, flour, rice, tea, canned meat and fish – were delivered to the settlement of al-Zayna in the province of Hama. As many as 650 packages of bread weighing about a tonne were delivered to Aleppo’s Sheikh Taha district.

The Russian Defense Ministry declared the establishment of the reconciliation center on February 23. It is headquartered at the Hmeimim air base, Latakia province. The center was set up in line with agreements reached by Russia and the United States to facilitate the negotiations between the Syrian government and opposition and to organize humanitarian deliveries.