Home » Manchet 1 » Putin: US official agencies ‘spying and eavesdropping on all’ 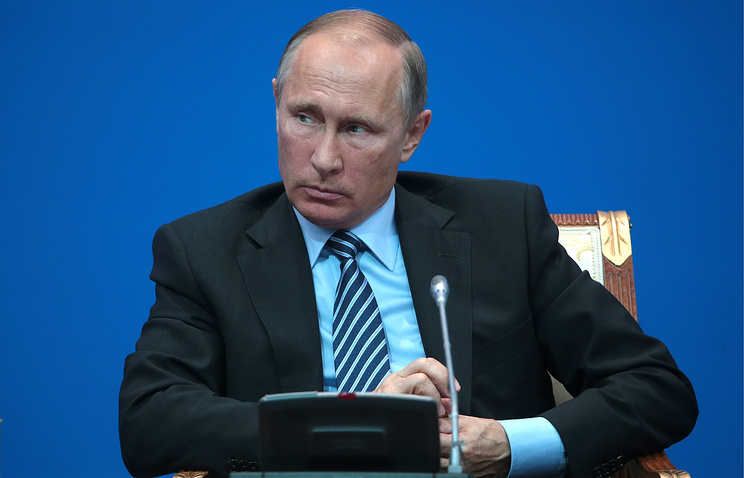 Putin: US official agencies ‘spying and eavesdropping on all’

Russian President Vladimir Putin said on Sunday it was no news for him to hear that the United States’ official agencies are “spying and eavesdropping on all.”

“We can expect anything from our American friends. There is nothing new in what he [US Vice President Joe Biden] said. We know it perfectly well that the United States’ official agencies are spying on and eavesdropping all,” Putin told journalists, adding that “it has long been a secret to no one ” that the United States is doing such things.

When asked to comment on US Vice President Joe Biden’s threats of hacker attacks against Russia, Putin said smilingly, “We know how to give up on each other.”

He said there is a lot of proof that the United States is “spying on all.” “Billions of dollars is spent on that. NBA, CIA and other agencies are working, there is proof, there are leaks,” Putin said, adding that they are “spying on not only their potential opponents, those whom they deem to be such but also on their allies, including closes allies.”.

US portrays Russia as enemy to distract attention from domestic problems

By portraying Moscow as an enemy the United States wants to distract attention from its domestic problems, Vladimir Putin said.

“There are many problems (in US), in these conditions many resort to the tried and tested system of distracting attention of voters from their own problems, in this case, in my opinion, we observe this,” Putin told reporters after the BRICS summit.

NBC News reported on Friday citing US intelligence officials that the Obama administration “is contemplating an unprecedented cyber covert action against Russia in retaliation for alleged Russian interference in the American presidential election.”

Commenting on the US threats, Putin said it is possible to distract attention from domestic problems by creating an enemy image and “uniting the nation in the fight against this enemy.”

“The enemy image of Iran and the Iranian nuclear threat was not very efficient, in case of Russia this is more interesting…In my opinion, this card is being actively played now.”

US won’t be able to contain Russia by using sanctions

Russian President also said the sanctions only have the goal of containing Russia rather than to solve real problems, but this policy won’t bring any results, Russian President Vladimir Putin said.

Answering a question on the possible sanctions against Moscow over its position on Syria, Putin said: “The goal of these sanctions is not in solving anything but to contain Russia’s strengthening as a full-fledged participant of international activity.”

“This goal won’t be achieved,” he stressed.

Putin reiterated his position that the sanctions policy is “counterproductive, harmful and never achieves the goal set by those who introduce these sanctions.”

“As for sanctions against Russia, whatever pretext is cited – either the events in Ukraine or in Syria – the goals of those who formulate this policy do not solve a particular problem,” the president stressed. “The goal is to simply formulate the policy of containing Russia,” he said. “If there had been no (problem in) Ukraine they would have invented something else.”

Putin said for solving issues in global politics there is the need to reach compromise, but not all countries are ready for this, and first of all the US. “There is apparently no wish to make a compromise, they want to dictate. Such a style has been in the US over the past 15 or 20 years and they cannot withdraw from this style.”

The threats of carrying out hacker attacks coming from the US are against the norms of international communication and show that Washington is nervous, also noticed Vladimir Putin.

“The only new thing (in these threats) is that for the first time the US acknowledges at such a high level that it is involved in this and threatens to a certain degree what is of course against the norms of international communication,” he said.

“It seems that they are nervous,” Putin said, adding that during the election campaign any authorities seek to build tactics and have many unsolved issues. “They have to show and explain to their population and voters why this or that was not done.”

NBC News reported on Friday citing US intelligence officials that the Obama administration “is contemplating an unprecedented cyber covert action against Russia in retaliation for alleged Russian interference in the American presidential election.”.