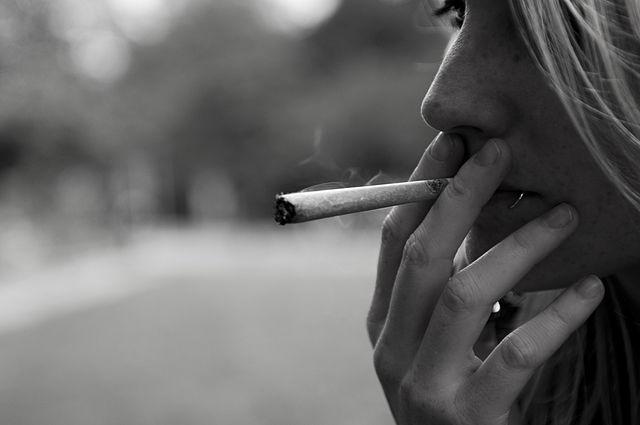 Smoking weed and coming down with a case of “the munchies” often go hand-in-hand. You ravenously go through packs of potato chips, candy, and any food within arms reach. Surprisingly, while “lighting up” is associated with increased appetite, a recent study in the American Journal of Medicine has found smokers are more likely to have lower body weight, and broken bones.

“Our research has shown that heavy users of cannabis have quite a large reduction in bone density compared with nonusers and there is a real concern that this may put them at increased risk of developing osteoporosis and fractures later in life,” said Stuart Ralston, lead researcher of the study, and professor at the University of Edinburgh’s Centre for Genomic and Experimental Medicine, in a statement.

Ralston and his colleagues examined the relationship between heavy pot use and bone health by using a specialized X-ray technique, known as dual-energy X-ray absorptiometry (DXA), to measure the bone density of the study participants. A total of 170 people who recreationally smoked cannabis regularly, and 114 nonusers, were assessed from 2011 to 2013. The researchers noted the correlation between heavy use and bone density.

Fractures were found to be more common in heavy users compared to nonusers, while moderate users showed no difference from non users. Bone density of heavy pot smokers was about five percent lower than cigarette smokers who did not smoke pot. Previous research has found a direct relationship between tobacco use and decreased bone density. Smoking increases the risk of having a fracture, and has a negative impact on bone healing after fracture. This can lead to osteoporosis, a condition in which bones weaken and are more likely to fracture.

In addition, heavy pot smokers had a lower body weight and body mass index (BMI) than nonusers. Typically, smoking is associated with an increased appetite, but researchers believe pot suppresses appetite when taken in large quantities over a long period of time. In other words, many of marijuana’s effects, like increased appetite, are reduced in frequent users, so the body adjusts to it.

Interestingly, this study contradicts a previous 2005 study in the Journal of Bone and Mineral Research that suggests marijuana could be good for bones. Researchers found the compound cannabinoid cannabidiol (CBD), which is a nonhallucinogenic chemical in marijuana plants, helps heal bone fractures. CBD enhanced bone healing by strengthening the cartilage “bridge” that forms when a bone is on the mend. This bridge is called the “fracture callus,” and made of collagen, which then gradually mineralizes and hardens into new bone. The collagen tissue was stronger, with collagen molecules more tightly cross-linked with one another compared to those who were not injected with CBD.

The effects of heavy marijuana use on bone health is still in its infancy stages. Further research is needed to investigate the underlying mechanisms between increased use and bone density. Nonetheless, these findings do have clinical implications in “identifying heavy cannabis use as potential cause of low bone mineral density, increased bone turnover and predisposition to fractures,” concluded the study authors.

Next time you smoke, you may want to skip on the extra huffs, and just pass it along.