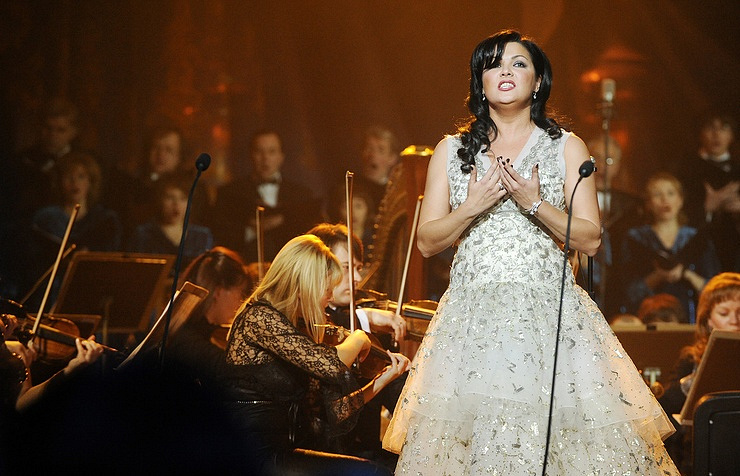 Russian opera singer Anna Netrebko is looking forward to her debut performance on the stage of Bolshoi Theater in the title role of Manon Lescaut on Sunday, October 16.

“It is a great honor for me to perform at Bolshoi,” the opera diva told reporters on Friday. “It is a great theater, I had never even been there, and I am thrilled and in anticipation. Working there was great, all theater personnel helped, and of course I like very much the staging, it is interesting,” Netrebko said.

Manon Lescaut, an opera by Giacomo Puccini, is staged at Bolshoi for the first time. Netrebko will sing the role of Manon. Anna’s husband, Yusif Eyvazov, will be her partner on stage, singing the role of Chevalier des Grieux. Jader Bignamini is music director, and Adolf Shapiro is director.

“I want to say a great big thank-you to our remarkable director, who was so patient and created such a remarkable performance, and to our conductor who worked perfectly in rather difficult conditions, as the orchestra saw that score for the first time, and also to the chorus. And of course, I am very glad to have such a remarkable tenor performing with me,” Netrebko said.

Bolshoi’s Director General Vladimir Urin said the decision to stage Manon Lescaut with the participation of Netrebko was made a year ago. Initially the theater did not even plan to stage the opera. “We made the decision together with our music director to change the repertoire, and did it with great pleasure,” he said.

“Yesterday we had prolusion, and we can see now what we have done. I hope very much that it will be interesting for Bolshoi spectators,” Urin said.