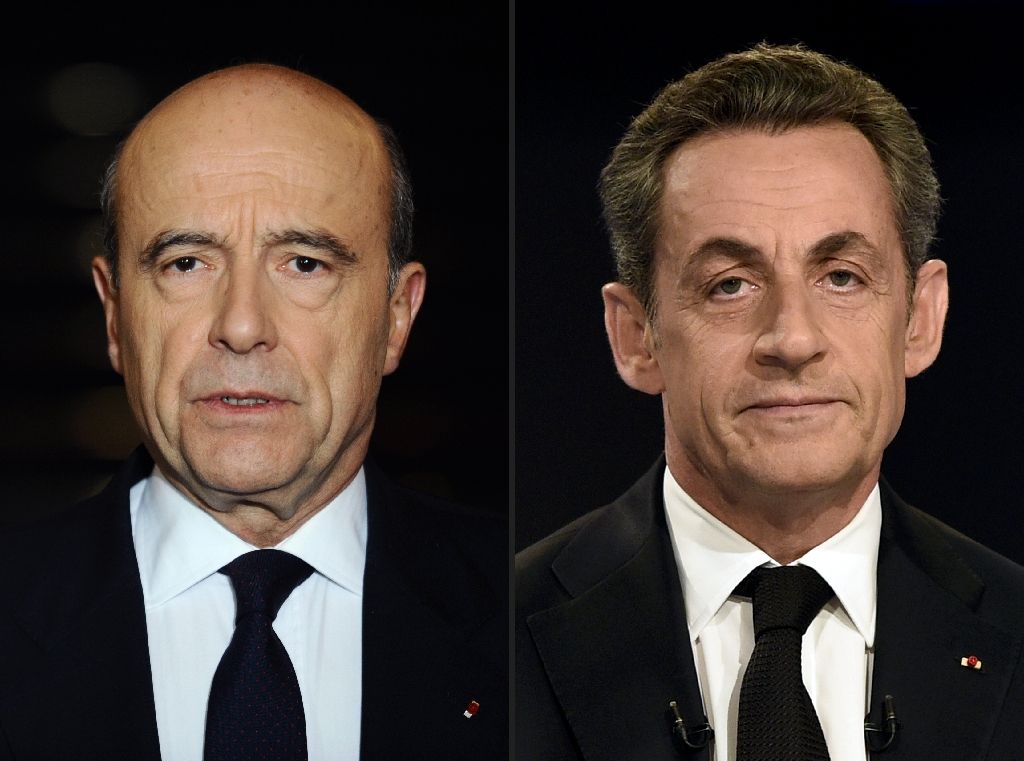 Nicolas Sarkozy was forced onto the defensive Thursday over his legal woes in the first debate of right-wing rivals for the French presidency, including the man tipped to lead the country, Alain Juppe.

Former president Sarkozy is trailing ex-prime minister Juppe, 71, in the race for the right-wing nomination, to be decided in a highly anticipated November primary that is expected to produce the next president of France.

With the jihadist threat uppermost in voters’ minds following a series of deadly attacks, the primary campaign has tipped over into populism, with Sarkozy particularly accused of chasing after far-right National Front (FN) voters.

But compared with the vitriolic exchanges between US presidential rivals Hillary Clinton and Donald Trump the tone of the first televised debate among the seven right-wing candidates was respectful.

Sarkozy, 61, nonetheless found himself on the defensive over the various investigations in which he has been entangled since losing his 2012 re-election bid.

“After 37 years in politics my criminal record is clean,” he insisted, visibly exasperated.

“Do you think I would take part in this campaign if I had anything on my conscience?” he added, claiming he had been hounded by investigators and subjected to “slander” during probes for influence-peddling and suspected illegal funding of his failed 2012 re-election campaign, among others.

Thursday’s debate was the first of three among the candidates for the November 20-27 primary, the winner of which is expected to go head-to-head with FN leader Marine Le Pen in the second round of the election in May.

The former leader of Sarkozy’s Republicans party, Jean-Francois Cope, said he had hoped Sarkozy would be a reformer when he came to power in 2007 on a promise to shake up the established order.

“Ten years ago, I and millions of French people hoped for the change that Nicolas Sarkozy offered for our country.”That change unfortunately never took place,” he said, accusing Sarkozy of ducking the hard choices.

Sarkozy argued his hand had been constrained by “the worst (economic) crisis the world had experienced since 1929” and vowed “strong, energetic” leadership if he returned to power after five years of Socialist rule.

Sarkozy has campaigned on a populist platform of protecting French national identity, curbing immigration and giving the “silent majority” more of a say in politics by holding referendums on divisive issues.

On Thursday he reiterated his pledge to jailing hundreds of suspected Islamist radicals, without prior authorisation from a judge and ban the Islamic burkini swimsuit.

Juppe, who has accused him of “giving the FN a leg up”, has taken a more moderate, inclusive line.

“I want to lead you along a path of hope,” the long-time Bordeaux mayor said.

Polls show Juppe leading Sarkozy by between eight and 14 percentage points, with the five other candidates, including Cope and Sarkozy’s former prime minister Francois Fillon trailing behind.

But Juppe too faced questions about scandals in their past.

In 2004 he was given a 14-month suspended term and barred from holding elected office for a year over a party funding scandal in which he was widely seen as the fall guy for his mentor, former president Jacques Chirac.

“Everyone knows about my conviction, we can’t rewrite history,” Juppe said. “It is up to the voters to decide if that disqualifies me.”

The debate was the first of three before the first round of the primary on November 20.

The two top vote-getters will then debate one-on-one before the November 27 run-off.

Stubbornly high unemployment has been a scourge of Socialist President Francois Hollande, who has conditioned his re-election bid on achieving a “credible” fall in joblessness.

The deeply unpopular president will only announce in December whether he will stand for a second term.

Polls show the Socialist candidate being eliminated in the first round of voting, coming in after the conservative candidate and Le Pen.

In the final duel against the far-right leader, the conservative candidate is expected to come up trumps.