Home » Manchet 2 » Putin says he does not refuse to meet Hollande, remains open for dialogue 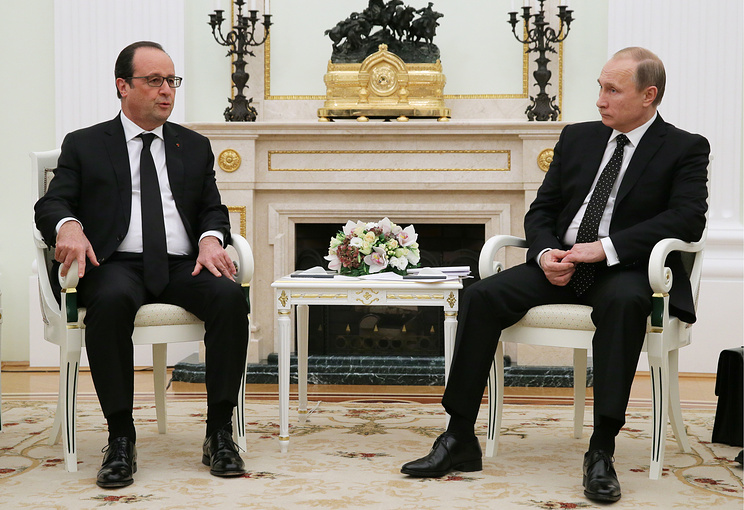 Putin says he does not refuse to meet Hollande, remains open for dialogue

Russian President Vladimir Putin has not refused to hold a meeting with French President Francois Hollande scheduled for October 19 in Paris.

“We were made to understand that the time was not quite appropriate for the event, that’s all,” Putin said in an interview with the French TF1 TV channel. “We are not rejecting (any discussions with France on Syria),” he said.

The goal of Putin’s visit to Paris was the opening of a Russian religious and cultural center in the French capital.

“Evidently, it was not a well-timed moment to hold such official events, taking into regard our misunderstanding, to put it mildly,about developments in Syria and in particular, in Aleppo,” he said. “But certainly, we are open for dialogue.”

“We have never rejected (the meeting) but we were told that the main reason for my trip to Paris, namely the unveiling of that cultural and religious center, was ill-timed,” Putin said. “Therefore, if the main reason for my journey to Paris is inappropriate, we will probably find another opportunity to meet and talk about Syria. We have no restrictions in the issue and we are open for dialogue.”.