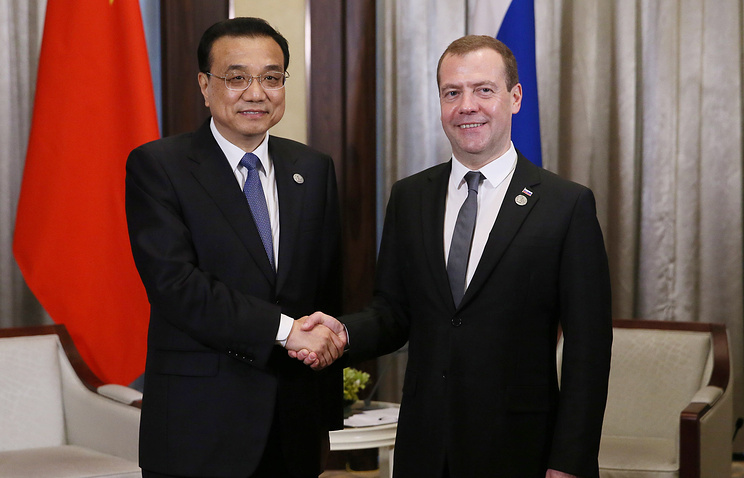 Russian First Deputy Prime Minister Igor Shuvalov said earlier that Medvedev and Li will meet on November 7-8 in St. Petersburg. One of the issues on the agenda will be preparation of the agreement on creating a large Eurasian economic partnership, which may bring together the member countries of the Eurasian Economic Union (EAEU), India, China, Pakistan, and other countries that are willing to join.

The first stage of the agreement will be the bilateral agreement between Russia and China, or between EAEU and China, that envisages establishing a free trade zone. Such agreement may be signed in the next two years, Shuvalov said.