Home » Varieties » Espresso yourself! Japan perks up to ‘sexy’ coffee 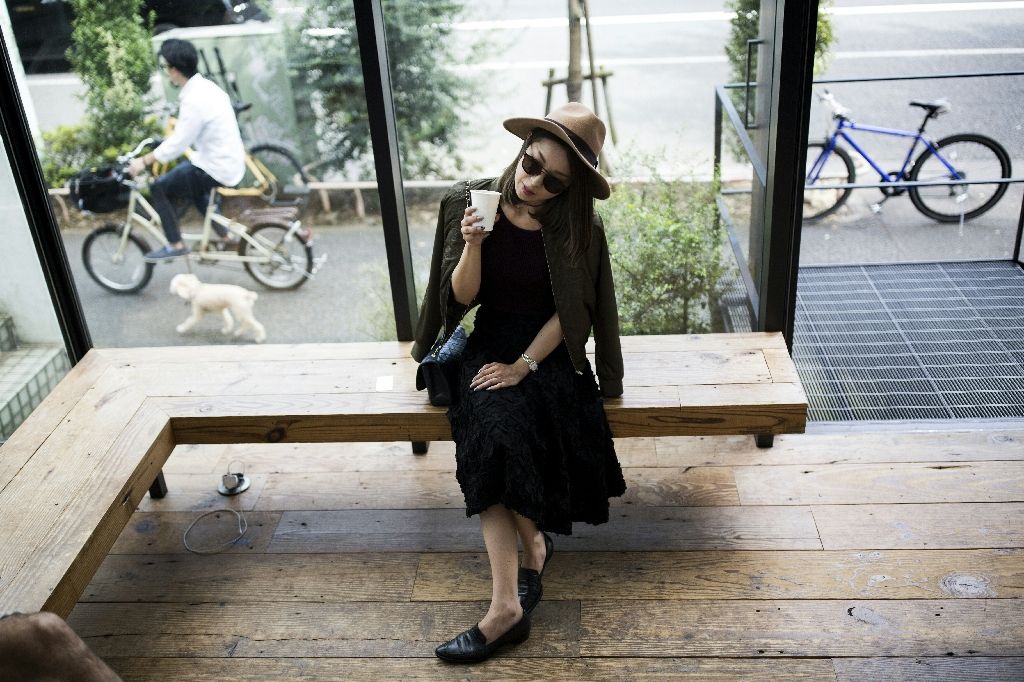 Espresso yourself! Japan perks up to ‘sexy’ coffee

Try a lychee-flavoured coffee infused with jasmine, or a ‘Chardonnay’ espresso served in a wine glass — whatever your taste, Japan’s swashbuckling baristas are bringing some serious sex appeal to the drink.

In a country famous for its tea, the Japanese are increasingly turning to coffee as a quick-fix to help ease the daily grind. Hipster cafés are popping up everywhere, offering exquisitely curated beverages to satisfy even the fussiest of caffeine addicts.

Japan imports over 430,000 tonnes of coffee a year — behind only the United States and Germany — and boasts some of the world’s top baristas.

“The fact that tea culture already existed in Japan has helped cultivate an appreciation for coffee as a luxury item,” Miki Suzuki told AFP after recently being crowned Japan’s champion barista.

“Japanese people have an extremely sensitive palate so they can appreciate subtle differences in flavour,” said the 32-year-old.

Suzuki impressed judges with a nitrogen-charged beverage — a technique often used by craft beer breweries to get a rich froth — which also had delicate citrus tones. For added serving style she decanted it into champagne flutes.

“Actually I didn’t even like coffee at first. Now my goal is to become the first female barista to win the world title,” she admitted.

Japan has a fine pedigree at the World Barista Championship and Suzuki will look to emulate 2014 winner Hidenori Izaki at the competition in Seoul next year, and go one better than Yoshikazu Iwase, the 2016 runner-up.

Along with the likes of Suzuki and three-time national runner-up Takayuki Ishitani, their creativity and panache have made coffee-making cool.

“With a flick of the wrist here and a little bit of flair, baristas are making coffee sexy,” said Ishitani, adding: “It’s part of a barista’s job to enchant the customer and be a bit of a smooth operator, like a bartender. The performance is part of creating an atmosphere to please the customer.”

Ishitani whipped up a bubbling potion mixed with dry ice, fragrant herbs and orange honey at the Japan Barista Championship but insists he is on a “never-ending quest” for the perfect cup of coffee.

“It’s all about perseverance,” he added between pouring frothy cappuccinos at a trendy surf shop in Tokyo’s Daikanyama district.

“Japanese people pay meticulous attention to detail. You’re not competing against other baristas, the battle is against yourself.”

The first documented evidence of tea in Japan dates back to the ninth century, when Buddhist monks brought it back from China.

However, coffee only became popular in Japan after World War II, when the country resumed imports.

Starbucks now peddles its wares in more than one thousand stores in Japan, while bottled and canned coffee sold in vending machines or convenience stores have long been a cheap favourite of the busy salaryman.

Despite the fact serious roasters turn their noses up at Starbucks, Japan has come a long way since the smoke-filled dives of the 1980s bubble era, which served coffee with antiquated percolators — though many still survive.

Coffee sales have long outstripped those of green tea and hip new hangouts with latte artists sprouting up in Tokyo and across Japan could easily be mistaken for New York or London.

“Definitely there is an intense interest in the minutia of coffee-making in Japan,” said American Scott Conary, one of the judges at the Japan Barista Championship.

While Japan’s highly ritualised tea ceremony is increasingly seen as a remnant of a bygone age, Ishitani doesn’t take his art too seriously.

“I don’t think it’s necessary to drink coffee as reverently as we do tea,” he said. “Just knock it back — it’s really something that’s there to help the conversation flow.”