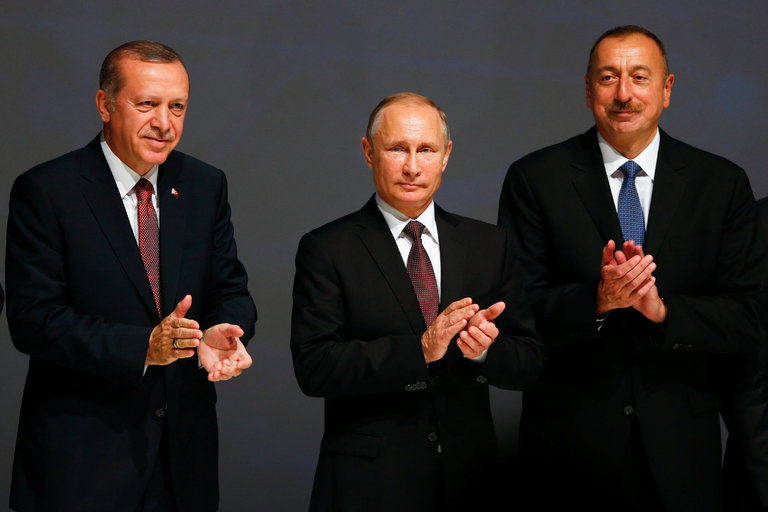 Russia and Turkey may pool their efforts to counter international terrorism as they have enough room for cooperation in this sphere, a Russian lawmaker told TASS on Monday commenting on the results of talks between the two countries’ presidents, Vladimir Putin of Russia and Recep Tayyip Erdogan of Turkey.

“International terrorism is indeed an enemy, a cancerous growth located right at the Turkish borders. And Turkey’s leadership is unlikely to want to see it on their territory, just like we don’t want it to approach our borders,” Andrey Krasov, the first deputy chairman of the Defense Committee at the Russian State Duma lower parliament house, said. “That is why we can pool our efforts to combat international terrorism. There are a lot of aspects in this sphere.”

The Russian president said earlier on Monday after talks with his Turkish counterpart that they had paid much attention to the Syrian crisis and spoke in favor of the soonest end to bloodshed in that country. Putin also said they had agreed with the Turkish president to intensify contacts between the two countries’ defense ministries and security services. Apart from that, the Russian leader confirmed that Moscow is ready to continue cooperation with Ankara in the sphere of military technical cooperation.

Touching on Russia’s military technical cooperation with Turkey, the Russian lawmaker said that Russia “has weapons and hardware no other country in the world can boast of.”.