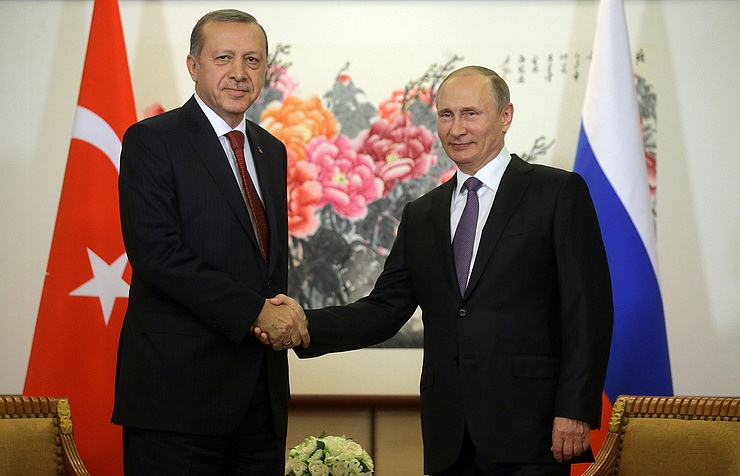 The results of Monday’s Russian-Turkish talks in Istanbul have surpassed all expectations, especially in the spheres of military-technical cooperation and economy, Vyacheslav Nikonov told today.

“The emergence of the issue of military-technical cooperation itself is symptomatic. This is a signal that Turkey is sending to the United States, showing that they are ready to switch their military-technical ties to Russia. This is a very serious signal,” Nikonov said. He reminded that over the last 60 years, Turkey was one of the key military-political allies of US and NATO.

“The statement that Turkey may develop its military-technical cooperation with Russia is one of the sensations of these talks,” the lawmaker noted.

Nikonov also praised the agreement reached by Moscow and Ankara on the Turkish Stream gas pipeline. “Dates, volumes, possible prices and even discounts were outlined. This means that the level of coordination (of the agreement) is very high,” he said.

The lawmaker also described as very important the discussion that Russian President Vladimir Putin and his Turkish counterpart Recep Tayyip Erdogan had on Syria. “It is important that Moscow and Ankara strategically agreed to destroy terrorism in Syria. This is a big step forward,” Nikonov said. He stressed that be believes both Moscow and Ankara are ready to act jointly in the fight against the Islamic State (terrorist organization banned in Russia) since Ankara would not want for IS to spread its activities.

On Monday, October 10, an intergovernmental agreement on the Turkish Stream gas pipeline was signed after talks between the two presidents. Apart from that, the sides agreed on a gas discount under this project and discussed further works on the construction of Turkey’s Akkuyu nuclear power plant. Along with economic issues, the two presidents focused on the Syrian crisis and spoke in favor of the soonest end to bloodshed.