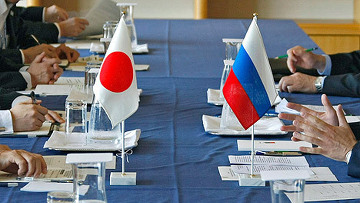 Russian Deputy Foreign Minister Vladimir Titov and his Japanese counterpart Shinsuke Sugiyama are due hold another round of strategic talks in Moscow on Thursday, Russian Foreign Ministry has said.

“During the consultations, the discussion is expected to be held on the prospects of developing a broad range of bilateral relations taking into account the task of ensuring efficient preparation for the upcoming political contacts at a high and the highest levels,” the ministry said.

The sides plan to discuss international issues with the focus on “the possibilities of stepping up cooperation in solving acute global and regional issues, including at the UN taking into consideration Japan’s non-permanent membership in the UN Security Council in 2016-2017, and also at other international platforms.”

The diplomats will also review the security situation in the Asia-Pacific region and in the Middle East, the ministry said.