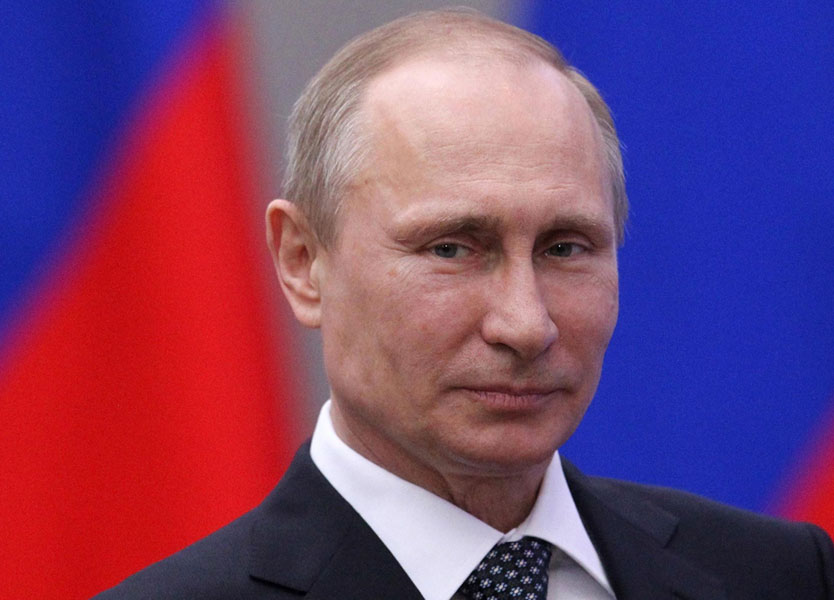 Putin in Turkey to push energy deals despite Syria crisis

But the pair are expected to reaffirm their commitment to the planned TurkStream gas pipeline to pump Russian gas under the Black Sea to Europe, and the Russian construction of Turkey’s first nuclear power station.

The meeting in Istanbul between the two post-imperial strongmen will be their third encounter since their governments agreed in June to normalize ties.

Turkey shot down of a Russian warplane over Syria in November 2015, sparking their worst crisis in ties since the Cold War.

Economic sanctions imposed by Russia — now gradually being lifted — have severely dented trade. And a ban on charter flights to Turkey, which is also now over, reduced the usually substantial flow of Russian tourists to a trickle.

Putin and Erdogan will meet on the opening day of the World Energy Congress, which brings together players across the energy sector and is a sign of Turkey’s determination to be a global hub despite a traumatic year of repeated terror attacks and a failed coup.

Analysts have long noted an ability on the part of Moscow and Ankara to show pragmatism in times of good relations and push disputes to one side, concentrating on strategic cooperation that includes a goal to reach annual bilateral trade of $100 billion.

Andrew Neff, principal analyst for the CIS and eastern Europe at IHS Energy, said that while it may take more time for relations to recover, Turkey and Russia have decided to focus on areas where they can cooperate.

“Something more along the lines of a healing process has begun with both sides eager to put the ugliness of the past 10 months behind them, aiming to focus on areas like energy where they have mutual interests in cooperation,” he told AFP.

Neff said Erdogan was keen to use cooperation with Russia as a signal to Ankara’s Western partners that Turkey can still “go its own way”, after feeling let down by the United States and European Union in the wake of July’s attempted coup.

The TurkStream pipeline is planned to pump 31.5 billion cubic meters per year of Russian gas to Europe, helping Moscow limit the gas transit through Ukraine. But analysts have long been skeptical of its economic rationale and its actual construction has yet to start.

“TurkStream is still more pipe dream than pipeline, and the resumption of political and commercial ties only gets us back to the starting line, not necessarily on the track to the finish line,” said Neff. He added that the target of 2017 to start pipe-laying seemed “overly optimistic” at this stage.

Of more immediate impact could be forging ahead with construction of the southern Akkuyu plant, Turkey’s first nuclear power station, which Erdogan sees a pillar of the hydrocarbon-poor country’s drive for greater energy self-sufficiency.

After an initial ice-breaking meeting on Aug. 9 in Saint Petersburg, Putin and Erdogan met again on the sidelines of the G20 in China in September. The Russian leader admitted then that there was “still a lot to do” to restore full bilateral cooperation.

The World Energy Congress is to get underway with a keynote speech by Saudi Arabia’s Energy Minister Khalid al-Falih.  Putin is expected to address the gathering later in the day, as well as holding separate bilateral talks with Erdogan.