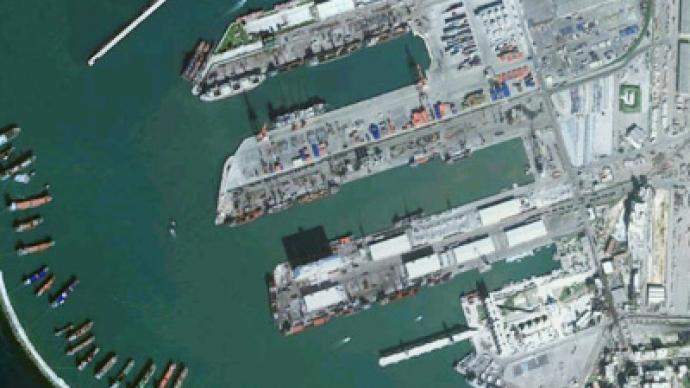 “In Syria, we will have a permanent naval base in Tartus. The corresponding documents have been drafted. Currently they are in the process of inter-departmental coordination. The degree of readiness is rather high. We hope that we will soon ask you to ratify these documents,” Pankov said at a meeting of the Federation Council’s international affairs committee.

Pankov earlier said the Russian Defense Ministry was considering the option of deploying military bases to the countries, where they were in the Soviet Union times.

The deputy chairman of the State Duma’s international affairs committee, Aleksey Chepa, has called for restoring Russian military bases in Latin America, Southeast Asia and Africa. He came out with this initiative at a session of the lower house while discussing the issue of ratifying the Russian-Syrian agreement on the open-ended deployment of Russia’s air group in Syria.

Currently Tartus is being used as a logistics facility for Russian ships. And A Russian aerospace group is stationed at Hmeymim, Latakia province.

The State Duma on October 7 ratified a Russian-Syrian agreement on the open-ended deployment of the Russian air group in Syria. The agreement was signed in Damascus on August 26, 2015. Nearly a year later President Vladimir Putin submitted it to the State Duma for consideration. The Federation Council will consider the agreement on October 12.

Russian on September 30, 2015 launched an anti-terrorist operation in Syria at the request of Syria’s President Bashar Assad. Russian planes are based at the Hmeymim airdrome. In March 2016, Putin issued orders to pull out the bulk of the Russian air group form Syria, but the remaining planes continued to deal strikes against militants.