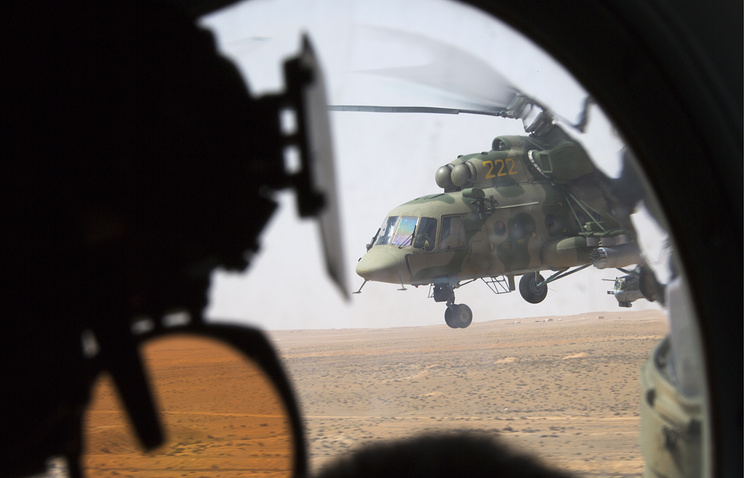 “At about 11:00, in the Hama Province (the Syrian Arab Republic) a Russian transport helicopter Mi-8, which delivered humanitarian cargo accompanies by officers of the Russian reconciliation center, got under fire from militants of IS (Islamic State – outlawed in Russia) from a portable air-defense system,” the center said.

“Due to the flight altitude, the timely identification of the launch and the skill of the crew in maneuvering the helicopter, the missile missed the helicopter,” the center added. “The Russian military onboard were not injured.”

The Russian center for reconciliation of the opposing parties in Syria on October 6 received information the Islamic State militants had received from Iraq’s territory two portable systems. “The systems were given to them to cover the units near Hama during their attempts to take control over the road to Aleppo and to immobilize the governmental forces,” the statement reads.