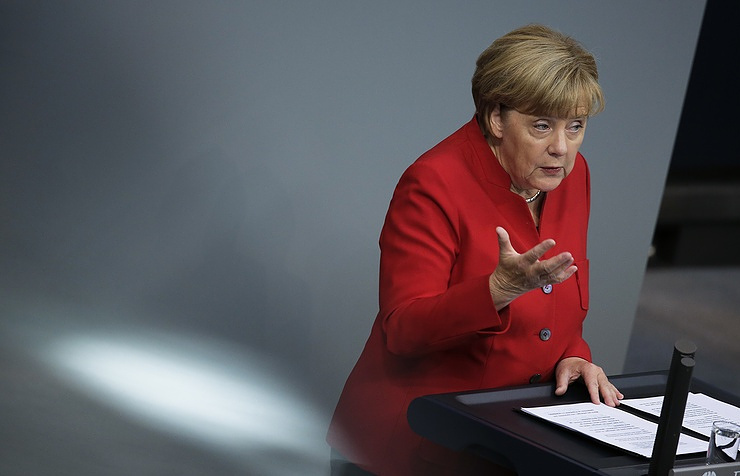 On the backdrop of skepticism about possible signing of a free trade zone agreement with the United States, known as the Transatlantic Trade and Investment Partnership, or TTIP, German Chancellor Angela Merkel said on Friday hypothetical negotiations on a free trade zone with Russia would trigger less debates.

Speaking at the Day of German Industry, Merkel noted cautiously that if the European Union were hypothetically negotiating a free trade zone with Russia it would trigger half of the current debates, including the issue of phytosanitary standards and the question whether it is possible to export to Russia Polish poultry or not.

The first round of TTIP talks was held in Washington on July 9, 2013. According to preliminary estimates, the agreement when signed will make it possible to create more than 13 million new jobs in the United States and Europe and will encourage international trade. As a matter of fact, it would be the world’s biggest free trade zone with a population of 800 million and accounting for about a half of the global GDP and a third of global trade

However the TTIP poses certain risks to European farmers. Skeptics say the establishment of this free trade zone would entail quality degrading on the common market as European-made products would be squeezed out of the market by cheaper and poor-quality products from the United States.

According to Germany Minister of Economy Sigmar Gabriel, talks on the TTIP are unlikely to be finished by the end of the year. He said the TTIP’s prospects would depend on the readiness of the United States’ next president for compromises with the European Union.