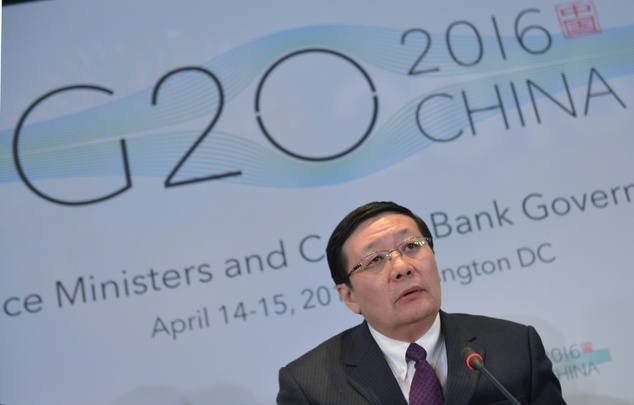 The G20 warned Friday of the risks to the global economy of populist politicians playing up anti-globalization sentiments to voters.

With the global economy already dragging, finance ministers of the group of leading economies said such populism could further hurt growth.

“This trend of deep anti-globalization populism has driven politicians to come up with their campaign slogans and try to win the votes and support. That has brought us uncertainty,” said China’s Finance Minister Lou Jiwei, speaking on behalf of the G20 group of economic powers after they met in Washington.

Lou identified such populism as one of the largest threats to global growth, along with geopolitical conflicts and frail banking systems.

“The uncertainty and the risks facing global economy have increased, as some major economies have entered into general elections, the fallout of Brexit is uncertain, the vulnerabilities of the financial system are rising, (and) the expectation of geopolitical tensions are growing,” Lou said.

Lou did not cite any specific elections or politicians, but the comments came amid the heated US presidential battle during which Republican Donald Trump has based his campaign on a populist stance against immigration and free trade.

Similar populism underpinned the British vote for pulling out of the European Union, and is also a rising force in the coming French and German elections.