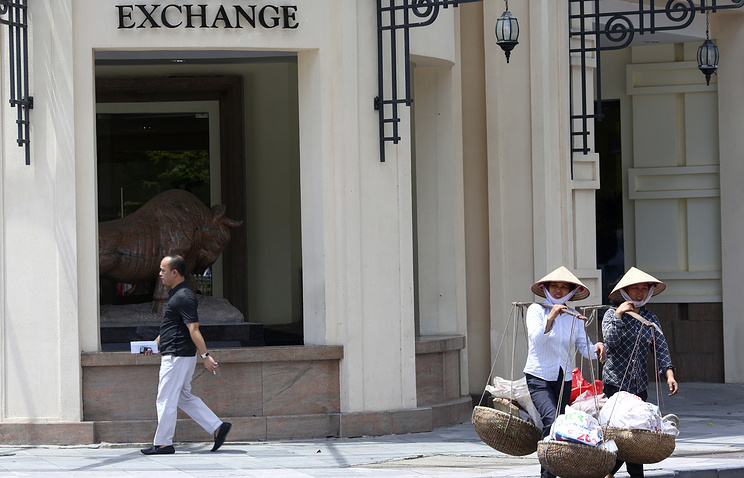 The agreement on establishing a free trade zone between Vietnam and the Eurasian Economic Union (EAEU) that is entering into force on Wednesday, demonstrates trust among its participants, Dmitry Mosyakov, director of the Center for the Study of Southeast Asia, Australia and Oceania of the Russian Academy of Sciences’ Institute of Oriental Studies, told TASS.

According to Mosyakov, the agreement “demonstrates a high level of partnership and trust” among those participating in it. “This step paves the way for mutual investments,” he said. “The Russian side is traditionally interested in investment projects in the energy sector, particularly nuclear energy, while for Vietnam this is also a perfect opportunity, especially in the consumer, textile and food industries,” Mosyakov said.

“The system is going to be further developed and many issues will be clarified as new tasks emerge,” he said, adding that “this is an important stage in the development of Russian-Vietnamese relations.”

Also, the expert ruled out that the EAEU-Vietnam free trade zone agreement will somehow affect Russia’s relations with the People’s Republic of China. “The relations between Russia and Vietnam are not connected with China” while “Russia and China have their own agenda of bilateral relations,” he said. “The traditionally friendly relations with Vietnam is a story in its own right, which is not related either to ASEAN, or to China, or to the United States, those are simply the relations between Russia and Vietnam, which are very important for Russia,” Mosyakov said.

Russian President Vladimir Putin signed the law on ratification of the agreement between EAEU and Vietnam, the first international agreement on preference trade terms made by the Union with the third side, on May 2, 2016.

The agreement was signed by heads of governments of Russia, Belarus, Kazakhstan, Armenia, Kyrgyzstan and Vietnam within the meeting of the Eurasian intergovernmental council on May 29, 2015. Later on, it was ratified by national parliaments of all countries participating in the pact.

The agreement stipulates mutual obligations of participants aimed at simplifying access of goods to the markets. Also, it stipulates protection of rights for intellectual properties, outlines the areas for cooperation in the field of e-commerce and public procurements, sets common principles of competition protection and harmonizes customs formalities. The tariff liberalization of trade between the EAEU member-countries and Vietnam implies reduced or slashed to zero import customs duties (around 90%) – either immediately after the free trade agreement comes into force (59%) or within transitional periods (30%) – on the majority of goods items (all in all, around 10,000 items) on a quid pro quo basis.