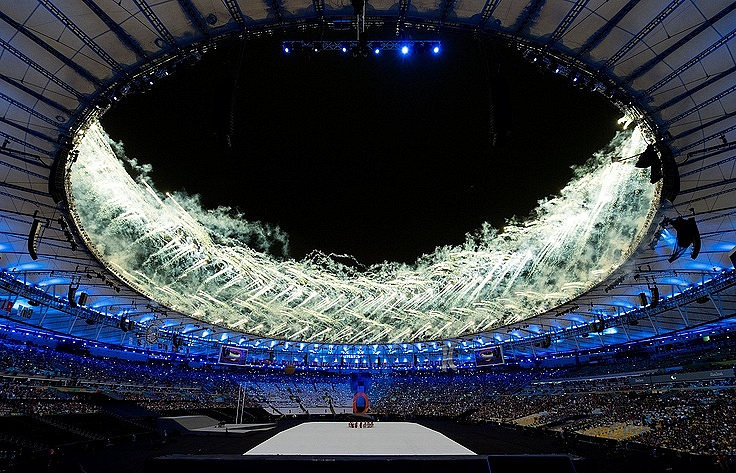 The Belarusian national team felt uneasy at the 2016 Summer Paralympics after one of its delegates carried a Russian national flag at the opening ceremony of the Games in Brazil, Oleg Shepel, the president of the Belarusian Paralympic Committee said on Monday.

“We were afraid that the whole team would be banned, there were talks that either my accreditation, or the accreditation of the chief of the country’s mission in Rio, can be revoked, and we felt like we were at war,” Shepel said.

Andrey Fomochkin carried the Russian national flag alongside the Belarusian flag at the opening ceremony of the 2016 Summer Paralympics last month in Brazil’s Rio de Janeiro.

Shepel earlier said that the Russian flag gesture at the opening ceremony at the Maracana Stadium was to express solidarity with the entire Russian Paralympic team, which was barred by the International Paralympic Committee (IPC) from taking part in the 2016 Rio Games.

“It was the entire team’s initiative because it was the most unfair decision in the history of the Paralympic movement,” Shepel said addressing journalists in Moscow on Monday. “It was not easy to do because everybody waited whether the Belarusians would carry the flag.”

“Our delegation had five flags and Fomochkin had two,” Shepel said. “One of the flags was confiscated when we were entering the pitch, but Fomochkin did what he had to do.”

The next day after the opening ceremony the IPC announced that the Paralympic accreditation of Fomochkin had been revoked following his defiant gesture.

Earlier in the day Sergey Shmakov, the president of the Sapsan group of companies, presented Fomochkin with the new residential apartment in Moscow.

During a news conference in Moscow on Monday, Fomochkin presented the Russian flag he carried in Rio to Lidiya Abramova, the vice president of the Russian Paralympic Committee.

On August 7, the IPC decided to bar the whole Russian Paralympic team from taking part in the 2016 Summer Paralympics. The ruling came on the heels of a report delivered earlier in the summer by the Independent Commission of the World Anti-Doping Agency (WADA).