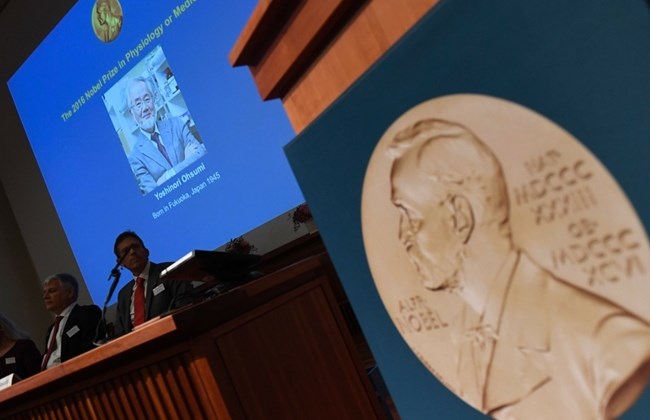 Yoshinori Ohsumi won the 2016 Nobel prize for medicine or physiology for his discovery of mechanisms for degrading and recycling cellular components, the award-giving body said today.

“Ohsumi’s discoveries led to a new paradigm in our understanding of how the cell recycles its content,” the Nobel Assembly at Sweden’s Karolinska Institute said in a statement in awarding the prize of 8 million Swedish crowns ($933,000).

“His discoveries opened the path to understanding … many physiological processes, such as in the adaptation to starvation or response to infection,” the statement added.

The prize for Physiology or Medicine is the first of the Nobel prizes awarded each year. Prizes for achievements in science, literature and peace were first awarded in 1901 in accordance with the will of dynamite inventor and businessman Alfred Nobel.