Home » Manchet 1 » Russia, US at Stage of ‘Very Sharp Conceptual Disagreement’ Over Syria 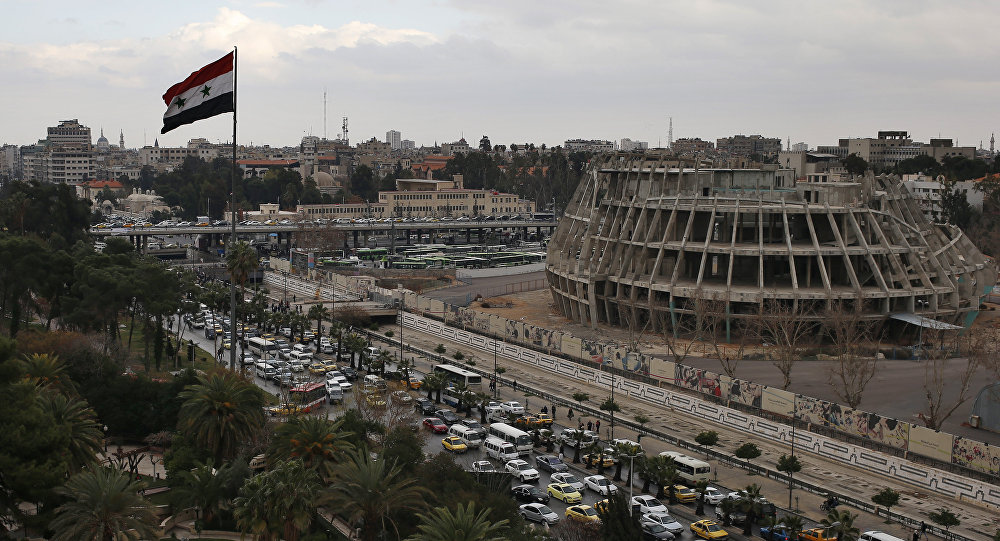 Russia, US at Stage of ‘Very Sharp Conceptual Disagreement’ Over Syria

Moscow and Washington are currently at the stage of “a very sharp conceptual disagreement” over the Syrian crisis, Russia’s deputy foreign minister told Sputnik.

“We are now at the stage of a very sharp conceptual disagreement with those who, like the US representative to the United Nations, are trying to moralize without having the slightest justification for that,” Ryabkov said in an interview when asked about the recent spate of disagreements between the two countries on Syria. In the UN Security Council, the United States regularly aggravates the tragedy in Syria by pursuing its own goals, he stressed, noting that the difficult diplomatic situation is also driven by the world’s rejection of US goals. “This is a big trauma and a fundamental problem for the American establishment as a whole. They cannot overcome themselves, and also, fortunately, they are not able to subvert the whole world. This is where such a difficult emotional background, which we have to deal with, comes from,” the deputy minister said.

The comment comes just days after US officials spoke about a possible suspension of cooperation with Russia on settling the Syrian conflict. The US accused Russia of failing to prevent a renewed Syrian army offensive in Aleppo, while Russia reiterated that the US failed to adhere to last month’s deal on separating terrorists from moderate opposition groups.

On September 9, Russian Foreign Minister Sergei Lavrov and US Secretary of State John Kerry announced a new peace plan to address the conflict in Syria in Geneva. The ceasefire deal was later shattered by numerous violations, which resulted in intensified fighting between the Syrian government and militants in Aleppo. The Syrian government later announced an end to the ceasefire regime. Russia to Keep Stance on Syrian Conflict Resolution Russia sees no reason to abandon its stance on the Syrian conflict, Ryabkov told Sputnik.

“We are acting calmly and soberly, we do not have the slightest reason to abandon our line. I think that common sense will prevail in the end,” Ryabkov said when asked about the recent diplomatic standoff between Russia and the United States over Syria. The September 9 ceasefire deal, which came into effect on September 12, has not been discarded and its implementation can still be resumed, the deputy foreign minister stressed. “If the United States says that they are officially pulling out of these agreements, that will be their major strategic mistake in my view,” he added, calling on Washington to continue joint efforts at conflict resolution. Moscow Hopes Another War in Syria Can be Avoided Moscow hopes that another war in Syria could be avoided, Sergei Ryabkov told Sputnik.

“I frankly think that if the situation requires, the agreement can be finalized. But that is not the question, the question is whether the US administration is ready to follow the path of a diplomatic solution, or have they written it all off,” Ryabkov said. “I do not want to speculate on the Nobel Peace Prize, but instead of peace the US will bring new pain and new war into Syria. I would hope that this can be avoided,” Ryabkov underscored. US Cooperation With Russia on Syria Not Yet Over The United States has not suspended cooperation with Russia on settling the Syrian conflict but can make unpredictable moves at any time, Russian Deputy Foreign Minister Sergei Ryabkov told Sputnik. “No. But they can notify about anything at any time. I repeat that they can make any decision given the deeply emotional shift and breakdown that we are seeing and which is not at all cold or calculating,” Ryabkov said responding to a question on whether on or not the United States notified Russia of suspending cooperation after the failure of the September 12 ceasefire in Syria.

Commenting on the possibility of further contacts with the United States, the deputy foreign minister said that the prospects are uncertain but Russia continues to urge for continued work on humanitarian access, countering terrorist groups and ensuring the process of political settlement in Syria. “We are calling on the Americans to work like our military did, who maintained contact with the Americans, contacting those who can really secure the necessary humanitarian access with maps and with an understanding of what is going on,” Ryabkov said.

US No Longer Ashamed of Political Directives on Syria The United States is no longer ashamed of its political directives on Syria and voices them openly, the Russian deputy foreign ministertold Sputnik. “I have to state that the last few weeks have proven be very disturbing and very revelatory in terms of demonstrating what has been long hidden behind politically correct or almost politically correct rhetoric of our US colleagues,” Ryabkov said.

The diplomat noted that the US administration has “stopped being ashamed of some of its directives and now voices them almost openly.”

“This is exactly the opposite of what we have always advocated and sought to use the bilateral political process with the US in the interest of keeping them at least a relatively reasonable position,” Ryabkov said. Russia, US “Part Ways” if Washington Intends to Change Syria’s Political Map Russia and the United States part ways if Washington’s plans include reformatting the Syrian political landscape, Russian Deputy Foreign Minister Sergei Ryabkov told Sputnik.

“I do not remember a more tight US approach to some obvious issues, as we have faced in the last 7-10 days. The top of Washington’s hierarchy has probably made a political decision to use this situation in order to achieve the goal it has always set itself, namely to reformat the Syrian political geometry,” Ryabkov said.

“If so, then we completely part ways with the Americans,” he stressed. The diplomat observed that the United States, faced with the failure of its preferred outcome, stops short of nothing — “including the use of brute military force” — despite voicing readiness for cooperation.