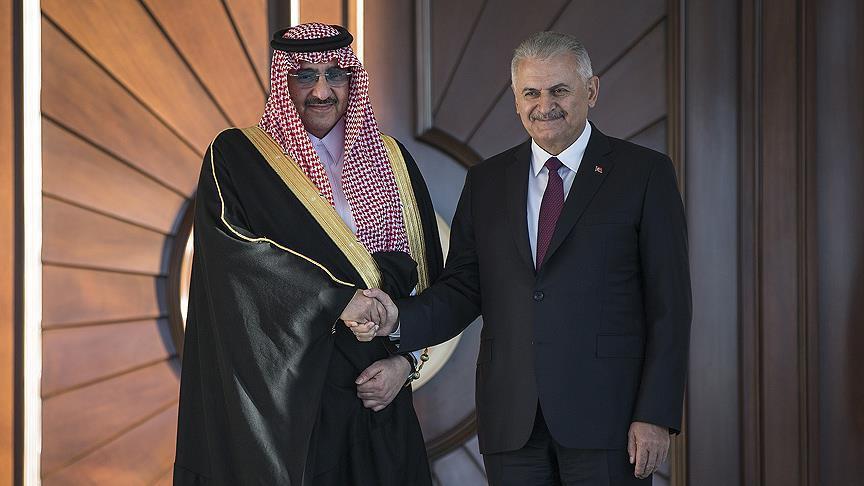 Turkey’s Prime Minister on Thursday stressed increased cooperation with Saudi Arabia in the fight against terrorism in Ankara.

Yildirim said the two nations would promote the “Turk-Saudi Coordination Council” within the body of foreign ministries and “institutionalize” the ties more as he recalled King Salman’s visit to Turkey in April and that President Recep Tayyip Erdogan had discussed joint interests and worked on strengthening relations.

According to the sources, bin Nayef highlighted the “key role” of Turkey and Saudi Arabia’s cooperation in regard to regional peace and security.