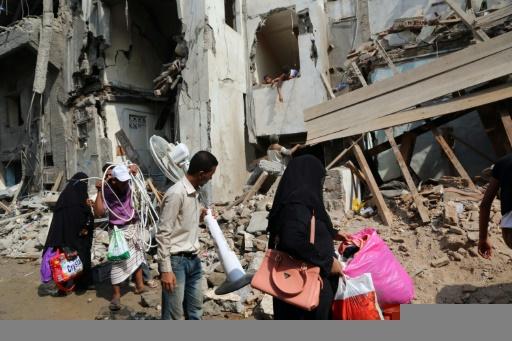 The bid to launch an international probe into the conflict in Yemen failed Thursday, in a defeat for the UN rights chief who demanded an inquiry. Rights chief Zeid Ra’ad Al Hussein said last month that a fully independent, international investigation was needed to end impunity for a raft of grave violations against the Yemeni people.

A group of European states, led by the Netherlands, then spearheaded a push at the UN Human Rights Council for a resolution setting up an international inquiry.

Saudi Arabia, which is leading a military coalition in support of the Yemen’s government against Iran-backed Huthi rebels, has been staunchly opposed to such a probe.

In the end, the EU-backed resolution was scrapped, leaving only a competing and far milder text on the table, drafted by Sudan.

That resolution, which was adopted without a vote on Thursday, mandated Zeid’s office to enhance cooperation with Yemen’s own National Commission on the conflict.

Rights groups including Amnesty International have described that commission as feckless, one-sided, and lacking the expertise needed to conduct a credible inquiry.

But before it was adopted, Thursday’s resolution was beefed up to say that — while assisting Yemen’s own investigation — UN experts should be “collecting and preserving information to establish the facts and circumstances of alleged violations and abuses.”

Zeid was instructed to provide his own reports on the conflict, presumably using information gathered by his own staff.

“It’s a step in the right direction”, John Fisher of Human Rights Watch in Geneva told AFP, noting that the resolution “fell short” of the hoped-for inquiry.

Salma Amer, UN Advocacy Officer at the Cairo Institute for Human Rights Studies, said in a statement that the text “puts Saudi Arabia’s desire for impunity above the need to protect the people of Yemen.”

But speaking on behalf of the EU after the resolution was adopted, Slovenia’s representative to the UN in Geneva, Vojislav Suc, described the text as a “good and reasonable compromise.”

A similar effort to set up a UN inquiry was withdrawn at the Council last year, under Saudi pressure.

More than 6,600 people, including civilians, have been killed in the Yemeni conflict since the Saudi-led coalition began its air campaign in March 2015, the UN says.

The coalition has been accused of striking hospitals and other civilian targets, while rebel fighters have also been blamed for grave violations.