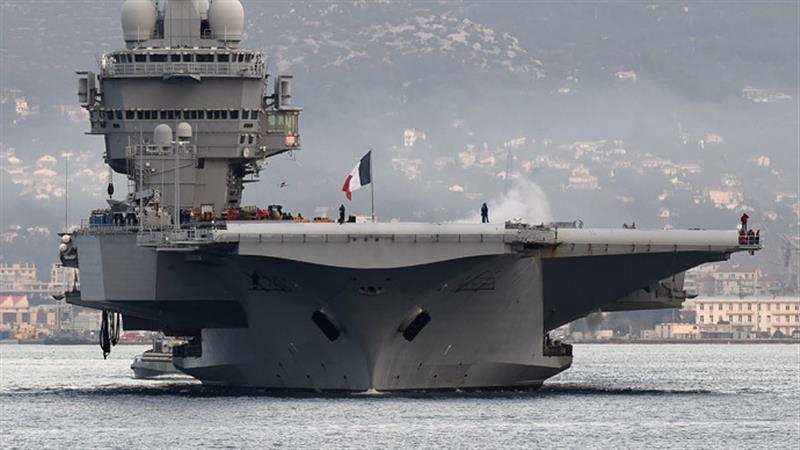 French fighter jets take off on mission against ISIS in Mosul

Eight jets took off from the carrier in the eastern Mediterranean, an AFP photographer on the flight deck reported.

The Charles de Gaulle is on its third mission since February 2015 in support of the U.S.-led coalition fighting ISIS in Iraq and Syria. The latest comes with Iraqi forces poised for an assault on Mosul with coalition air and artillery support.